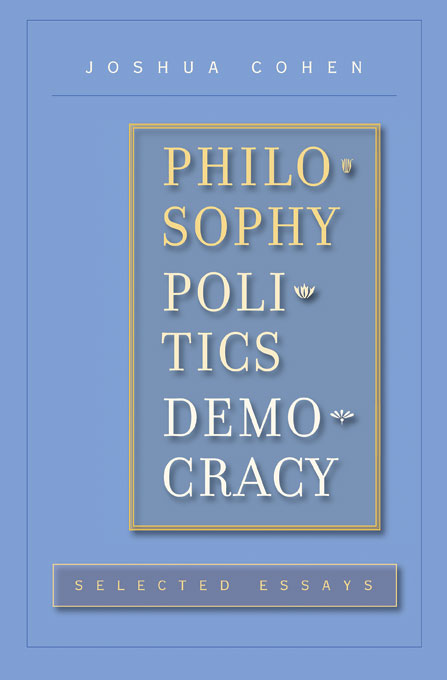 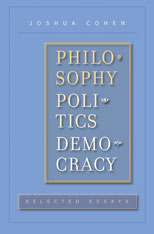 Over the past twenty years, Joshua Cohen has explored the most controversial issues facing the American public: campaign finance and political equality, privacy rights and robust public debate, hate speech and pornography, and the capacity of democracies to address important practical problems. In this highly anticipated volume, Cohen draws on his work in these diverse topics to develop an argument about what he calls, following John Rawls, “democracy’s public reason.” He rejects the conventional idea that democratic politics is simply a contest for power, and that philosophical argument is disconnected from life. Political philosophy, he insists, is part of politics, and its job is to contribute to the public reasoning about what we ought to do.

At the heart of Cohen’s normative vision for our political life is an ideal of democracy in which citizens and their representatives deliberate about the requirements of justice and the common good. It is an idealistic picture, but also firmly grounded in the debates and struggles in which Cohen has been engaged over nearly three decades. Philosophy, Politics, Democracy explores these debates and considers their implications for the practice of democratic politics.