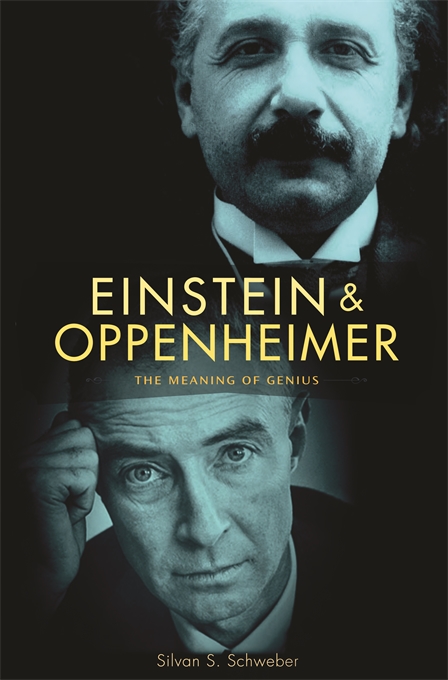 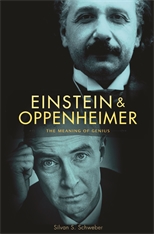 The Meaning of Genius

“Have we not heard enough of these two men? Yet Silvan S. Schweber shows us in his new book, Einstein and Oppenheimer, that there is still more to say. What we know about these two giants of physics largely concerns their genius—their formidable mental powers—but this focus tends to foreground the individual at the expense of intellectual and scientific context. Schweber’s aim is ambitious: to capture another quality that he calls the greatness of Einstein and Oppenheimer—to show how their actions altered humanity’s ‘ideas concerning what human beings can be or do.’ We know much about the genius of these two men, Schweber implies, but little of their greatness.”—Robert P. Crease, American Scientist

“In six illuminating essays focusing on the later years of these fascinating figures, Schweber shows that no scientist—however great—is an island.”—P.D. Smith, The Guardian

“The real interest of Mr. Schweber’s account—and what makes his dual biography unusual—is the emphasis he places not on Einstein’s or Oppenheimer’s scientific achievements, which have been often enough described, but on their later careers, when both found themselves, for different reasons, strangely sidelined.”—Eric Ormsby, The New York Sun

“ In a brief review, it is not possible to do full justice to Schweber’s probing book, which merits careful reading.”—Michael W. Friedlander, Physics World

“You’d be forgiven for thinking there is little we don’t know already about Einstein and Oppenheimer. Yet this book plots the lives of the 20th century’s most charismatic physicists to a greater end than biography. Focusing on the cultural milieus in which they thrived, Schweber investigates Einstein and Oppenheimer’s very different manifestations of genius—one solitary, one social. Schweber’s depth of analysis, particularly in describing both scientists’ affinities for Buddhist thought, insists that there is much more to learn about each.”—Seed

“Schweber has set himself quite a task in seeking to add to our understanding [of Einstein and Oppenheimer]. By my reckoning he has succeeded, not so much by uncovering significant new material as by reflecting wisely and eloquently on Einstein’s and Oppenheimer’s politics, their relationships with their colleagues, and their contributions to science.”—Lawrence Black, The Times Higher Education Supplement

“With sensitivity and masterful insight Schweber explores aspects of the lives, thought and personalities of Einstein and Oppenheimer—their philosophical and ethical positions, and their ethnic and cultural commitments—as well as their uneasy interaction with each other, their differing views on the unification of physics, and even the role of Buddhist detachment in their thinking. The end result is a book that offers new perspectives on how both scientists responded to the transformations in physics and its relationship with public and political developments brought about by the opening of the atomic age.”—David C. Cassidy, author of J. Robert Oppenheimer and the American Century and Einstein and Our World