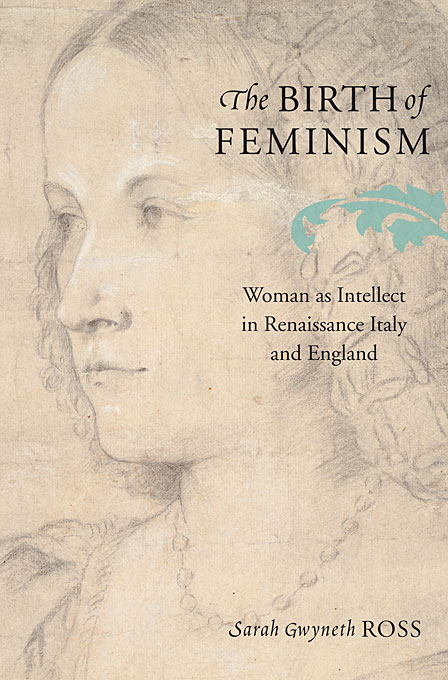 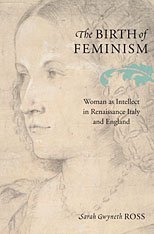 The Birth of Feminism

Woman as Intellect in Renaissance Italy and England

In this illuminating work, surveying 300 years and two nations, Sarah Gwyneth Ross demonstrates how the expanding ranks of learned women in the Renaissance era presented the first significant challenge to the traditional definition of “woman” in the West.

An experiment in collective biography and intellectual history, The Birth of Feminism focuses on nineteen learned women from the middle ranks of society who rose to prominence in the world of Italian and English letters between 1400 and 1680. Drawing both on archival material—wills, letters, and manuscript compositions, some presented here for the first time—and on printed writings, Ross gives us an unprecedented sense of educated early modern women’s lives.

Sponsored and often educated by their learned fathers and other male relatives within a model that Ross terms “the intellectual family,” female authors publicized their works within the safety of family networks. These women, including Christine de Pizan, Laura Cereta, Margaret More Roper, Lucrezia Marinella, and Bathsua Makin, did not argue for women’s political equality, but they represented and often advocated women’s intellectual equality. Ross demonstrates that because of their education, these women had a renaissance during the Renaissance, and that in so doing they laid the foundation for the emancipation of womankind.