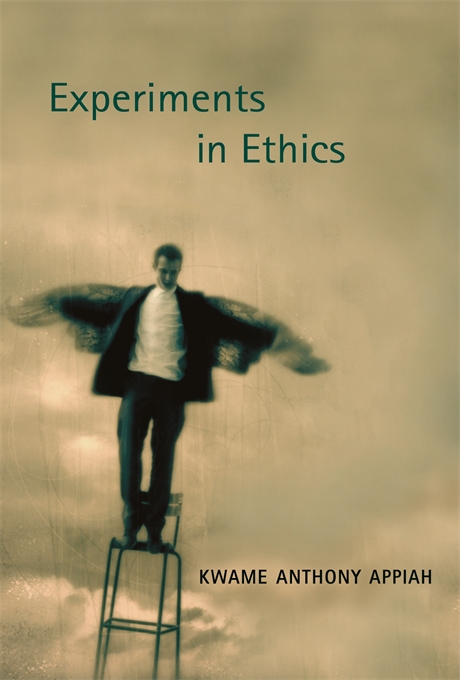 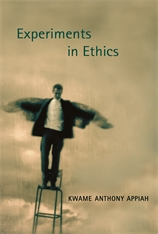 “One of our most imaginative writers on topics like culture, values, and individual identity… [Appiah] is a philosopher but one not bound by any disciplinary straitjacket; he succeeds in what he does by inviting his readers to stand back with him from the preoccupations of any particular style of theorizing… The lightness of his style…together with his determination to make analytic moral philosophy the topic rather than the method of his study, has given us a wry and engaging account of the challenge that psychology poses to ethics.”—Jeremy Waldron, The New York Review of Books

“Brilliant…I wish every philosopher wrote like Appiah. Experiments in Ethics is clear and accessible (and often very funny), and Appiah is generous when it comes to discussing the work of those he disagrees with. But this book has teeth, particularly when Appiah looks hard at the emphasis on moral dilemmas.”—Paul Bloom, The New York Times Book Review

“This engaging book surveys influential recent attempts to bring empirical studies to bear specifically on moral philosophy, in a style that is accessible to non-specialists yet philosophically nuanced. Professor Appiah is sympathetic to the idea that moral philosophy has a good deal to learn from experimental work, but skeptical of the suggestion that this approach constitutes a radical departure from the philosophical tradition. He begins with a fascinating and erudite characterization of philosophy as a discipline that only ‘calved off’ from psychology around the beginning of the twentieth century. Until then, experimental works and empirical investigation (‘natural philosophy’) were interwoven with metaphysical theorizing and deductive argumentation, and psychology was only just becoming a distinct academic discipline in its own right. Trying to distinguish metaphysical from psychological elements in the work of such canonical figures of European philosophy as Plato and Aristotle, René Descartes, John Locke, David Hume and J. S. Mill, Appiah claims, is like ‘trying to peel a raspberry.’”—Justin D’Arms, The Times Literary Supplement

“The main theme of [Appiah’s] beautifully written book…is that ethicists should take account of empirical data about people’s moral intuitions. Indeed, he takes that to be the mainstream current of the history of philosophy from Aristotle onwards, regretting the recent hiving off of the discipline from empirical investigation. Appiah packs a chewy heft of scholarly nuance away in the footnotes, and the text sparkles with jokes.”—Steven Poole, The Guardian

“Sensible, informed and highly readable… Illuminating and important. The book is a model for how to do empirically informed moral philosophy.”—Anthony Skelton, The Globe and Mail

“What can experimentation in the human and natural sciences contribute to moral philosophy? Appiah’s answer in this concise and balanced book is effectively ‘something but not everything.’ Reconnecting the empirical with moral theory may, he argues, have productive consequences for both areas of thought.”—London Review of Books

“Concisely written and clearly argued… Humans have a tendency to pass the moral buck by blaming ethical failings on everything from supernatural forces to genetics. Appiah’s proposals return the wellspring of human ethics to its proper place: human beings themselves… This is a stimulating and highly enjoyable book. With Appiah as our guide, readers can look forward to a fascinating journey toward the rediscovery of the ancient goal of a life of decency and virtue.”—Lorenzo DiTommaso, The Montreal Gazette

“Experiments in Ethics is erudite, concise and engagingly written. Appiah assesses that experimental science is relevant to the enterprise of normative ethics, and that the relation between the two, although complex, need not be antagonistic.”—Nick Bostrom, Nature

“Concise yet erudite and engagingly written… Because he sees the quest for scientific knowledge as very much part of the philosophical tradition, Mr. Appiah warns not only against ‘baseless fears’ of the damage that experiments in ethics will do to ethics, but also against ‘exaggerated hopes’ that the rediscovery of such an approach will answer all our puzzles about ethics.”—Peter Singer, The New York Sun

“In writing this inspiring book, Appiah has done a good thing.”—Sacha Molitorisz, The Sydney Morning Herald

“Appiah has produced an elegant and well-written volume at the intersection of psychology and moral philosophy. Appiah presents a reasonable case that philosophy traditionally has been informed by scientific inquiry, and should continue to welcome it; but at the same time he is clear that the questions of moral philosophy are not themselves scientific questions.”—S. Satris, Choice

“Experiments in Ethics is wonderful: concise but not breezy, clear but not simplistic, wide-ranging but focused, filled with wit and learning. It is an accessible, lively, and balanced introduction to empirical moral psychology that I recommend happily to philosophers and non-philosophers.”—Walter Sinnott-Armstrong, Professor of Philosophy and Hardy Professor of Legal Studies, Dartmouth College

“This dazzlingly written book argues for reconnecting moral philosophy with the sciences, both natural and social—and demonstrates that the reconnection, while in a sense overdue, reconnects philosophy with its ancient interest in empirical issues. Appiah’s important argument promises to transform more than one field. It is not only wise and subtle; it is also inspiring.”—Cass Sunstein, Karl N. Llewellyn Distinguished Service Professor, University of Chicago, author of Worst-Case Scenarios