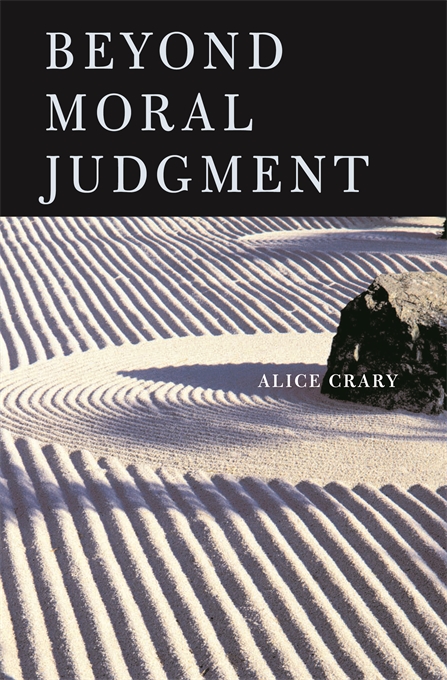 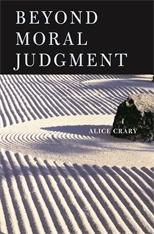 “This [is an] important new examination of moral thinking.”—Duncan Richter, Metapsychology

“The argument is grounded in Wittgenstein and Austin, but it is informed by perceptive readings of Cavell, Murdoch, and Diamond, and textured by readings of Henry James, Forster, Austen, and Tolstoy… Viewing ethics as cramped by near-exclusive attention to the nature of moral judgments, Crary offers a widening view… This book may well change the course of thought about its topic.”—J. Churchill, Choice

“Philosophers pondering the moral life have forever asked wherein, if anywhere, lies the rationality of moral judgment. It has seemed unobjectionable, whatever one’s hopes for the outcome, to answer roughly: rationality lies, if anywhere, in demonstrating the validity of moral judgments, which is taken to say, judgments in which moral concepts are leveled at human lives. Alice Crary, following the lead of certain recent writers (including the present reviewer) who have in turn taken instruction from the later Wittgenstein, finds this seemingly neutral or merely descriptive response to be instead philosophically (in its understanding of human speech) and morally (in its leap to judgment) prejudicial, not to say narrow-minded (Crary, and others, have said moralistic). I know of no more useful and ample introduction and contribution to the contemporary philosophical literature concerning this promising turn of events than Alice Crary’s Beyond Moral Judgment.”—Stanley Cavell

“A work of importance in philosophy enables us to bring into view assumptions we had been making, and thus to rethink our questions. This is what Beyond Moral Judgment does. Our understanding of moral philosophy itself—of the range of phenomena with which it is concerned, and of the debates we take to be central in it—rests on assumptions about the significance of moral judgment in moral life and thought; and it is those assumptions that are questioned in this ambitious book. Crary argues that the assumptions can be undermined through applying insights from Wittgenstein and Austin; and her reading of these philosophers brings out the great interest and power of their ideas in relation to questions in ethics. Crary illustrates her ideas with finely elaborated examples from literature; she shows connections too with fundamental issues for feminism. The book will certainly be controversial and should reshape the terms of philosophical debate in ethics.”—Cora Diamond

“For far too long, moral philosophy has accepted the need to choose between rationality and the emotions, head and heart. The lesson Crary extracts from Wittgenstein is that this is not the choice we face. The argument is not just an existence proof. Drawing on feminist theory, and on Tolstoy, E. M. Forster, Henry James, Jane Austen, and Fontane, Crary shows us what moral thinking that slips between the horns of the old dilemma can be like. This book will be—and should be—widely read.”—Elijah Millgram, E. E. Ericksen Professor of Philosophy at the University of Utah and author of Practical Induction

“Truly radical reconfigurations of our thinking are rare. They occur when we realize that a range of conflicting approaches to a variety of problems and debates all take for granted an apparently uncontroversial but in fact highly questionable assumption. When such assumptions are uprooted, everything in the area looks different. Alice Crary’s book promises to have exactly that kind of impact on contemporary moral philosophy.”—Stephen Mulhall, Fellow and Tutor in Philosophy, New College, Oxford