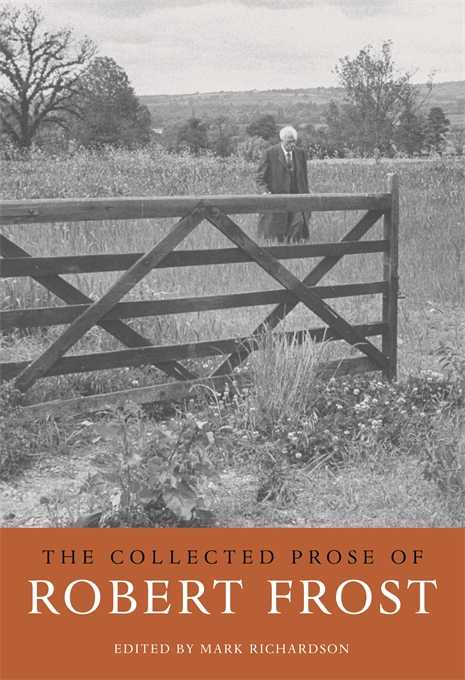 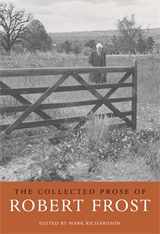 The Collected Prose of Robert Frost

During his lifetime, Robert Frost notoriously resisted collecting his prose—going so far as to halt the publication of one prepared compilation and to “lose” the transcripts of the Charles Eliot Norton Lectures he delivered at Harvard in 1936. But for all his qualms, Frost conceded to his son that “you can say a lot in prose that verse won’t let you say,” and that the prose he had written had in fact “made good competition for [his] verse.” This volume, the first critical edition of Robert Frost’s prose, allows readers and scholars to appreciate the great American author’s forays beyond poetry, and to discover in the prose that he did make public—in newspapers, magazines, journals, speeches, and books—the wit, force, and grace that made his poetry famous.

The Collected Prose of Robert Frost offers an extensive and illuminating body of work, ranging from juvenilia—Frost’s contributions to his high school Bulletin—to the charming “chicken stories” he wrote as a young family man for The Eastern Poultryman and Farm Poultry, to such famous essays as “The Figure a Poem Makes” and the speeches and contributions to magazines solicited when he had become the Grand Old Man of American letters. Gathered, annotated, and cross-referenced by Mark Richardson, the collection is based on extensive work in archives of Frost’s manuscripts. It provides detailed notes on the author’s habits of composition and on important textual issues and includes much previously unpublished material. It is a book of boundless appeal and importance, one that should find a home on the bookshelf of anyone interested in Frost.