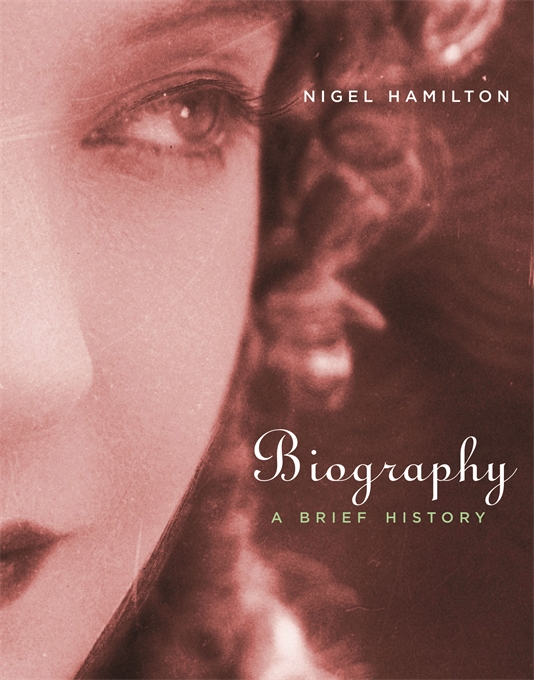 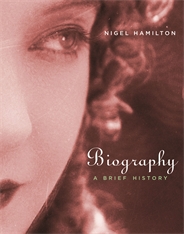 “[Hamilton] has produced a rich and provocative meditation on the history of biography.”—Scott Stossel, The New York Times Book Review

“[An] inviting book. In uncomplicated language, Hamilton uses well-chosen examples to whisk the reader through biographical expression in the ancient world, medieval hagiography and the development of life-writing from the subversive texts of the Renaissance to the whitewashed ‘pseudobiographies’ of the nineteenth century… This engaging book indisputably demonstrates the intricate history of his field, and will prompt its readers to read ‘life-writing’ both with more understanding and with greater pleasure.”—Lucy Carlyle, The Times Literary Supplement

“[A] continually fascinating history… Hamilton’s learned, passionate approach is sufficient to grant biography all the respect it needs… His book is a celebration of the quite respectable status of the genre.”—William T. Hamilton, Bloomsbury Review

“[Hamilton’s] witty, readable account embraces the scholarly and the salacious, integrating them into a seamlessly coherent account, beginning with tales recorded in cuneiform on clay tablets in Ancient Sumer, and culminating in today’s film and television ‘biopics.’”—Lisa Jardine, The Times

“From the stick figures of cave paintings to contemporary comic strips, Nigel Hamilton traces the history of biography, briskly and with insight… Brief but admirably readable and thoughtful.”—Brenda Niall, The Age

“In this precise, massively informative and scrupulously researched new book, Hamilton turns his gaze from the lives of others to that of his own art, life-writing itself… [A] lovingly crafted life of life-writing from its birth on the cave walls of prehistoric man through to the postmodern electro-mayhem of blogging…Hamilton has written a book that is insistently readable.”—Tony Howe, Times Higher Education

“The breadth of Hamilton’s approach is evident also in one of the most attractive features of the book: its inclusion of short extracts from pivotal biographical works. There are passages here from some of the authors one would expect, such as Benvenuto Cellini and James Baldwin. But here, too, there are surprises, such as The Epic of Gilgamesh an extract from a diary of the aide-de-camp of General Patton, describing his arrival at a concentration camp and several lines from Monty Python’s Life of Brian. This book offers not just a history of biography, but also a powerful defence of it.”—Barbara Caine, Australian Book Review

“As artful as it is provocative, [Hamilton’s] book is itself a revealing exercise in life writing.”—Amanda Heller, The Boston Globe

“Entertaining history… There is much to glean from this brisk examination of our love affair with individuality.”—Craig Taylor, Financial Times

“In this intelligent exploration of his own literary field (he is the biographer of Field Marshal Montgomery and Bill Clinton), Nigel Hamilton demonstrates that the modern understanding of biography as a worthy, reasonably well-secured, if sometimes contentious ‘life’ has never been absolute… [A] fascinating and timely account.”—Elizabeth Speller, The Independent

“Who would imagine Nigel Hamilton’s compact, erudite book about the history and practice of biography—called Biography: A Brief History—could be so wide-ranging and provocative? From prehistoric cave drawings (the animals are fully drawn while the hunters are stick figures) to today’s films (the author himself won an award for a documentary based on his biography of Field Marshal Montgomery), Mr. Hamilton moves briskly through the centuries, highlighting how the depiction and recording of individual lives has changed from early oral sagas and cuneiform writing to Internet blogs. In essence, the author provides a short course on past societies viewed through their individuals, plus insights into the nature of individuality at certain periods in human history… Mr. Hamilton, a distinguished and prolific writer who has taught biography on both sides of the Atlantic, has distilled enormous wisdom into his remarkable little book. Read it and enjoy.”—John M. and Priscilla S. Taylor, The Washington Times

“This interesting overview would make a suitable text for a course called ‘Biography 101: the History of the Genre’… [ Biography: A Brief History] is a history of biographical writing from the cave drawings of Palaeolithic men and women to American Splendor, the remarkable film about comic strip novelist Harvey Pekar… All the important biographers and biographies are investigated including Shakespeare’s use of Holinshed’s Chronicles, the relationship between Boswell and Johnson and the writings of the great Lytton Strachey.”—Weekend Australian

“Hamilton, biographer of J.F.K. and Bill Clinton, is a knowledgeable and personable guide to a craft that is thousands of years old. His expansive definition of biography encompasses cave paintings, oil paintings, television documentaries, and Internet content in addition to books, a perspective that leads to numerous surprises while supporting his contention that biography should be granted the status of a scholarly discipline… [A] fascinating history.”—Steve Weinberg, Booklist

“Supported and explicated by lively studies like this one, biography may finally get the respect it deserves.”—C. Rollyson, Choice

“This compact and informative book offers an insightful overview of the history of biography… In time, public and private reputations were challenged in biography, hypocrisy exposed, character and motives analyzed, and sexuality in all of its manifestations revealed. Biographers continued with inquiry and research, biopics came into being, and the multiplicity of biographical outlets was everywhere. Hamilton has given readers a thought-provoking look at biography in its various forms; a fascinating and handy reference book for anyone wishing to know more about the history and art of biography.”—Robert Kelly, Library Journal

“Throughout Hamilton is a safe pair of hands, choosing excellent examples on the whole to make excellent points about the form, an inspired advocate of biography and clearly right on top of his brief… Hamilton is a superb guide… It is a book likely to appeal to many different readers—from experts on life-writing and literature and history to the general reader.”—Stuart Hannabuss, Library Review

“This zesty romp through millennia of biographical portraits comes from the pen of a master biographer. Hamilton’s a friendly spectator to his own art, undaunted by its age, variety or the number and skill of the practitioners who’ve gone before him. Starting with the ancient Gilgamesh epic, he speeds us through the forms—writing, theater, painting and film—in which biographers have portrayed and interpreted individual lives. No shrinking violet, he wrestles with every major figure who’s tried a hand at biography or criticized biographers’ work. While his own strong convictions are clear, he’s fair in his assessment of others and the ideal referee. No one will fail to find his brief, interpretive history of life stories compelling. It’s hard to think of a better introduction to one of the most popular genres of literature and art today.”—Publishers Weekly

“Nigel Hamilton has written a delightful history of the fine art of biography through the ages. His insightful and provocative book reminds us that biography is the most tantalizing of historical narratives—and one uniquely suited to understanding the human condition.”—Kai Bird, 2006 Pulitzer Prize winner for Biography, co-author with Martin J. Sherwin of American Prometheus: The Triumph & Tragedy of J. Robert Oppenheimer

“What a joy it was to read Nigel Hamilton’s erudite Biography: A Brief History. As a practitioner of the art, I found his analysis on the merits of biography profound. Highly recommended!”—Douglas Brinkley, author of The Unfinished Presidency: Jimmy Carter’s Journey to the Nobel Peace Prize

“Nigel Hamilton tells the story of life writing in the West—from the first appearance of human figures in cave paintings to the latest biopic or blog—displaying throughout his longstanding love and advocacy for biography in all its many familiar and unfamiliar forms. This lively, emphatic history is what many biography enthusiasts have been waiting for.”—Craig Howes, Director, Center for Biographical Research, University of Hawai’i