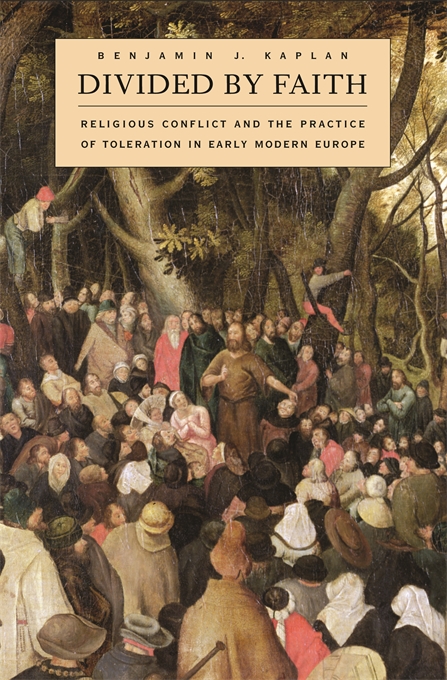 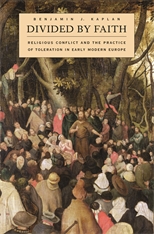 Religious Conflict and the Practice of Toleration in Early Modern Europe

As religious violence flares around the world, we are confronted with an acute dilemma: Can people coexist in peace when their basic beliefs are irreconcilable? Benjamin Kaplan responds by taking us back to early modern Europe, when the issue of religious toleration was no less pressing than it is today.

Divided by Faith begins in the wake of the Protestant Reformation, when the unity of western Christendom was shattered, and takes us on a panoramic tour of Europe’s religious landscape—and its deep fault lines—over the next three centuries. Kaplan’s grand canvas reveals the patterns of conflict and toleration among Christians, Jews, and Muslims across the continent, from the British Isles to Poland. It lays bare the complex realities of day-to-day interactions and calls into question the received wisdom that toleration underwent an evolutionary rise as Europe grew more ‘enlightened.’ We are given vivid examples of the improvised arrangements that made peaceful coexistence possible, and shown how common folk contributed to toleration as significantly as did intellectuals and rulers. Bloodshed was prevented not by the high ideals of tolerance and individual rights upheld today, but by the pragmatism, charity, and social ties that continued to bind people divided by faith.

Divided by Faith is both history from the bottom up and a much-needed challenge to our belief in the triumph of reason over faith. This compelling story reveals that toleration has taken many guises in the past and suggests that it may well do the same in the future.