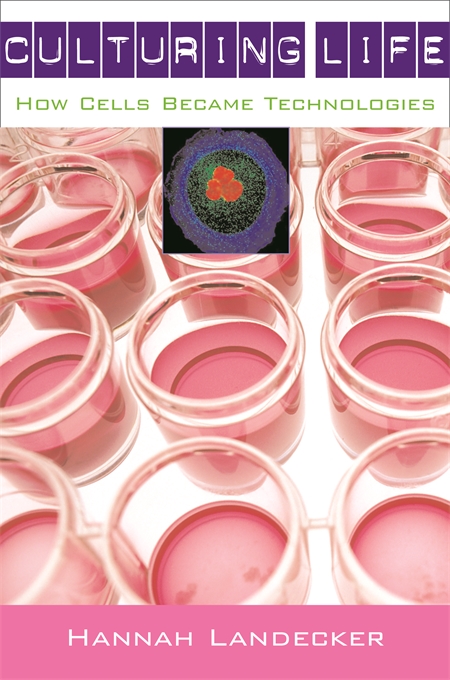 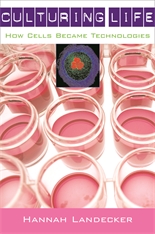 “Few laymen realize that scientists first fused cells from different species as far back as the 1960s, as Ms. Landecker describes… The level-headedness that can be gained from historical perspective is the value in reading Ms. Landecker’s account.”—The Economist

“In the flood of instant comment on cloning and stem cells, we need the longer and deeper views of cellular technologies that only history can provide. Historians of science have written much about the nineteenth-century advent of cell theory, but genes and molecules stole the limelight in the twentieth… Culturing Life by Hannah Landecker is a small book that does much to fill that large gap… [An] original book… [A] stimulating reconstruction of the cultures that gave us cultured cells.”—Nick Hopwood, Nature

“Hannah Landecker’s fascinating, beautifully written account of the history of cell culture restores the sense of wonder felt by the first scientists who grew living cells apart from organisms and by the people who read about their achievements in scientific journals, popular magazines, and newspapers. But this book does much more than that; it sheds a unique light on the history of biology in the 20th century, the rise of biotechnology, and our understanding of what life is… By reflecting on the catastrophic, artificial, and radically new variety of life that arises in the laboratory, Landecker opens new ways to articulate the ideas of the French philosopher of science Georges Canguilhem about the distinction between the normal and the pathologic. Cultured cells bring into question our understanding of the biologic, but their infinite plasticity, as Landecker eloquently shows, often unfolds in the normative space of medicine.”—Ilana Löwy, The New England Journal of Medicine

“The discovery that it was possible to grow cells in a lab dish transformed them from being the immutable building blocks of individual bodies into plastic, malleable resources with a life of their own. In Culturing Life, anthropologist Hannah Landecker skillfully interweaves the scientific, historical, and cultural aspects of this transformation, and examines how cell culture challenges humanity’s notions of individuality and immortality… An insightful and thought-provoking perspective on how technology has changed scientists’ and society’s understanding of life.”—Claire Ainsworth, New Scientist

“Well-written historical accounts of scientific discovery allow the reader to appreciate the adversities confronting the scientists involved and the circumstances that drove their discoveries and to wonder what may happen next. Culturing Life is no exception.”—Kendall L. Knight, Nature Medicine

“In this thoughtful, often elegant book, Hannah Landecker bridges the histories of science, medicine, and technology as she explores how cells were domesticated to the laboratory… She argues persuasively that appreciating the subtleties of cell culture history enables us to think more clearly and more deeply about current biotechnology. Culturing Life, then, is a fine example of ‘translational’ historical research.”—Nathaniel Comfort, Project MUSE: Scholarly Journals Online

“With her book Culturing Life, Hannah Landecker contributes an important chapter to the recent history of laboratory fractals. Her elegantly written and well-documented narrative demonstrates how, within 20th-century biological laboratories, a whole range of vessels and containers were used in order to store, breed, study, and manipulate cells and tissue outside the body of organic individuals: from hanging-drop preparations in the 1910s to tissue culture flasks in the 1930s and powerful freezers in the 1950s and 1960s… The great merit of this book is its demonstration that these spaces of knowledge also create and imply specific regimes of temporality.”—Henning Schmidgen, Project MUSE: Scholarly Journals Online

“A mere century ago, scientists didn’t know how to culture cells in a medium and believed that cells couldn’t live outside their parent organism. As Landecker reminds us, today we can hardly live without cell cultures, which are used for everything from routine medical tests to genetic engineering… She is a keen observer of scientific practice.”—Publishers Weekly

“In Culturing Life: How Cells Became Technologies, Landecker offers a history of the development of cell culture in biology that is sparkling with originality and insight. She has an anthropologist’s eye for nodes of cultural significance even as her narrative arc is deeply historical. The book weaves a rich tapestry of biological, historical, and cultural connections.”—Angela N.H. Creager, Associate Professor of History, Princeton University

“Culturing Life is a beautifully written, lucid account of the history of tissue culture, a technology that permits the isolation of cells from bodies, their continuous reproduction, and global distribution as immortalized cell lines. Landecker draws us into a world where the limits of biological plasticity are continually tested, cell fusion and cloning are commonplace, and biological time is transcended—in short, technological manipulation has forever transformed what it is to be biological. This book will rapidly become indispensable reading in the field of science and technology studies.”—Margaret Lock, author of Twice Dead: Organ Transplants and the Reinvention of Death

“Landecker hits exactly the right balance of interpretive analysis and presentation of substance. Her stories carry the more technical descriptions so that both are motivated and compelling. I thoroughly enjoyed reading this book and, moreover, I found it exciting.”—Jane Maienschein, Regents’ Professor and Parents Association Professor of Biology and Society, Arizona State University

“In our age of cloning and stem cells, Landecker’s challenging study does a real service as it locates the techniques and ideas, developed through time, which make these cell manipulations possible. Landecker charts the uncertain movement of cells from organisms (including humans) to the laboratory, moving beyond cell cultures to the expectations of biologists and to the philosophical and ethical issues that emerge as control over life becomes possible. Others have written histories of cell theory; here Landecker recovers the story of the cell practices that have transformed what we mean by life.”—Everett Mendelsohn, Harvard University