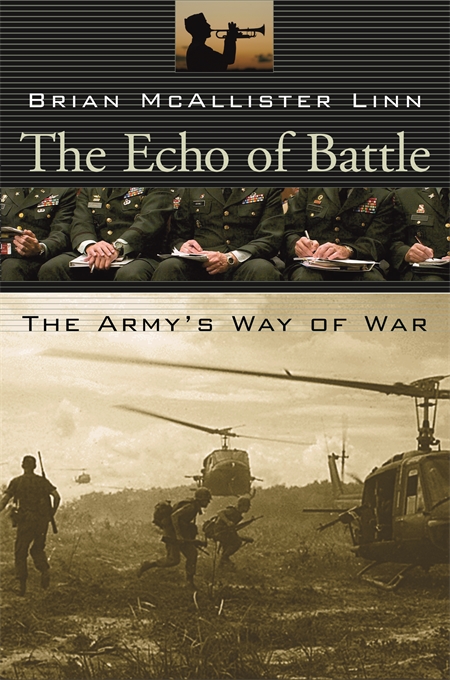 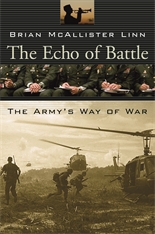 The Echo of Battle

The Army’s Way of War

From Lexington and Gettysburg to Normandy and Iraq, the wars of the United States have defined the nation. But after the guns fall silent, the army searches the lessons of past conflicts in order to prepare for the next clash of arms. In the echo of battle, the army develops the strategies, weapons, doctrine, and commanders that it hopes will guarantee a future victory.

In the face of radically new ways of waging war, Brian Linn surveys the past assumptions—and errors—that underlie the army’s many visions of warfare up to the present day. He explores the army’s forgotten heritage of deterrence, its long experience with counter-guerrilla operations, and its successive efforts to transform itself. Distinguishing three martial traditions—each with its own concept of warfare, its own strategic views, and its own excuses for failure—he locates the visionaries who prepared the army for its battlefield triumphs and the reactionaries whose mistakes contributed to its defeats.

Discussing commanders as diverse as Dwight D. Eisenhower, George S. Patton, and Colin Powell, and technologies from coastal artillery to the Abrams tank, he shows how leadership and weaponry have continually altered the army’s approach to conflict. And he demonstrates the army’s habit of preparing for wars that seldom occur, while ignoring those it must actually fight. Based on exhaustive research and interviews, The Echo of Battle provides an unprecedented reinterpretation of how the U.S. Army has waged war in the past and how it is meeting the new challenges of tomorrow.