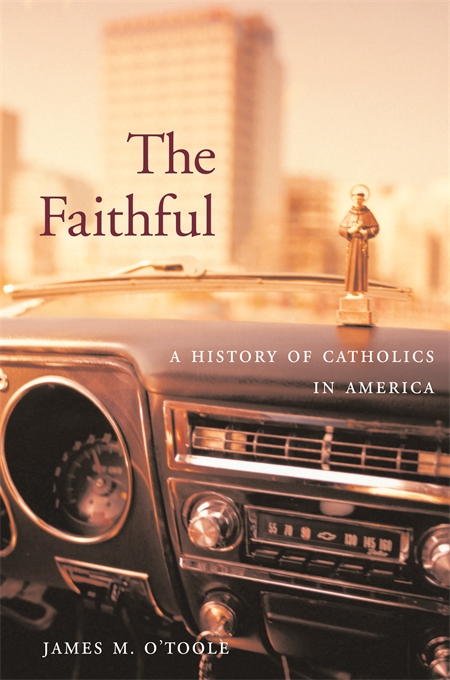 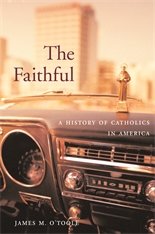 A History of Catholics in America

Shaken by the ongoing clergy sexual abuse scandal, and challenged from within by social and theological division, Catholics in America are at a crossroads. But is today’s situation unique? And where will Catholicism go from here? With the belief that we understand our present by studying our past, James O’Toole offers a bold and panoramic history of the American Catholic laity.

O’Toole tells the story of this ancient church from the perspective of ordinary Americans, the lay believers who have kept their faith despite persecution from without and clergy abuse from within. It is an epic tale, from the first settlements of Catholics in the colonies to the turmoil of the scandal-ridden present, and through the church’s many American incarnations in between. We see Catholics’ complex relationship to Rome and to their own American nation. O’Toole brings to life both the grand sweep of institutional change and the daily practice that sustained believers. The Faithful pays particular attention to the intricacies of prayer and ritual—the ways men and women have found to express their faith as Catholics over the centuries.

With an intimate knowledge of the dilemmas and hopes of today’s church, O’Toole presents a new vision and offers a glimpse into the possible future of the church and its parishioners. Moving past the pulpit and into the pews, The Faithful is an unmatched look at the American Catholic laity. Today’s Catholics will find much to educate and inspire them in these pages, and non-Catholics will gain a newfound understanding of their religious brethren.