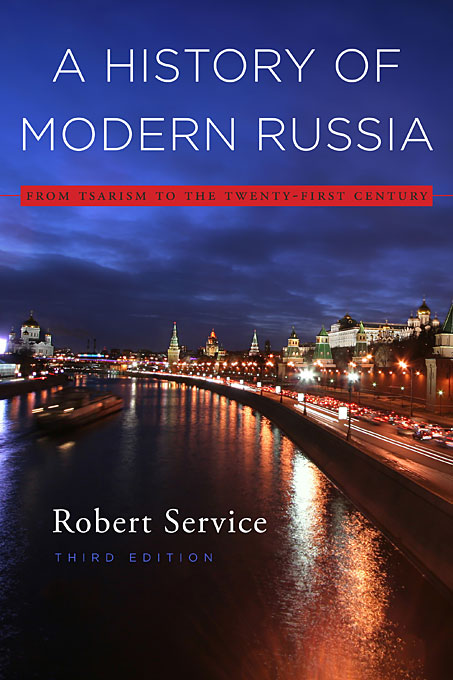 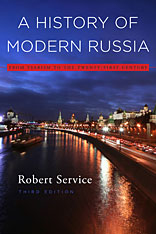 A History of Modern Russia

From Tsarism to the Twenty-First Century, Third Edition

Russia had an extraordinary twentieth century, undergoing upheaval and transformation. Updating his acclaimed History of Modern Russia, Robert Service provides a panoramic perspective on a country whose Soviet past encompassed revolution, civil war, mass terror, and two world wars. He shows how seven decades of communist rule, which penetrated every aspect of Soviet life, continue to influence Russia today. This new edition takes the story from 2002 through the entire presidency of Vladimir Putin to the election of his successor, Dmitri Medvedev.