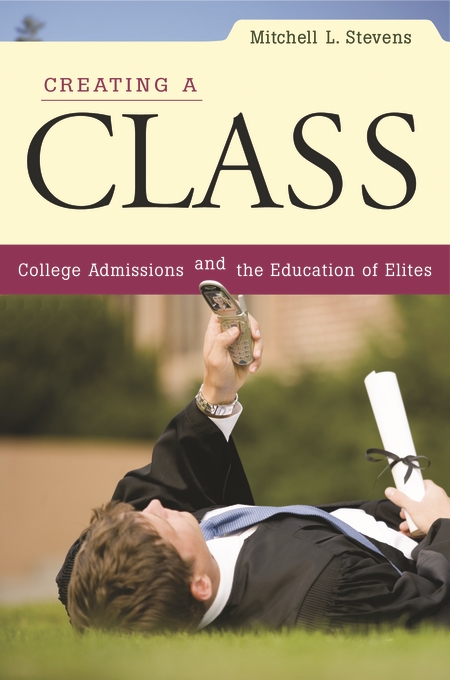 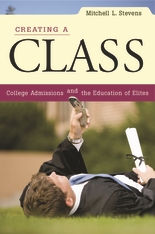 College Admissions and the Education of Elites

In real life, Mitchell L. Stevens is a professor in bustling New York. But for a year and a half, he worked in the admissions office of a bucolic New England college that is known for its high academic standards, beautiful campus, and social conscience. Ambitious high schoolers and savvy guidance counselors know that admission here is highly competitive. But creating classes, Stevens finds, is a lot more complicated than most people imagine.

Admissions officers love students but they work for the good of the school. They must bring each class in “on budget,” burnish the statistics so crucial to institutional prestige, and take care of their colleagues in the athletic department and the development office. Stevens shows that the job cannot be done without “systematic preferencing,” and racial affirmative action is the least of it. Kids have an edge if their parents can pay full tuition, if they attend high schools with exotic zip codes, if they are athletes—especially football players—and even if they are popular.

With novelistic flair, sensitivity to history, and a keen eye for telling detail, Stevens explains how elite colleges and universities have assumed their central role in the production of the nation’s most privileged classes. Creating a Class makes clear that, for better or worse, these schools now define the standards of youthful accomplishment in American culture more generally.