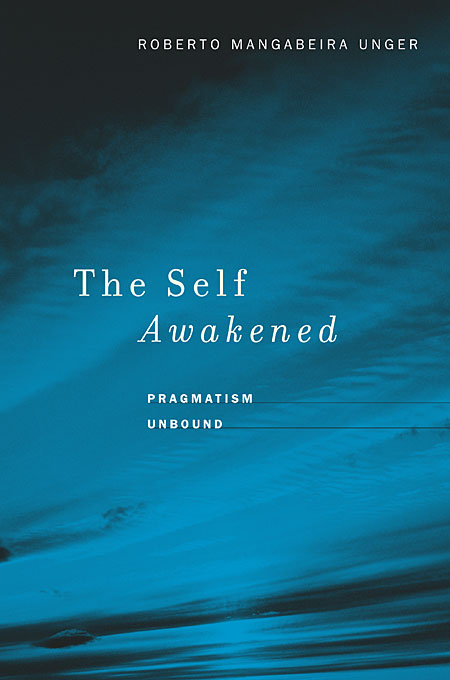 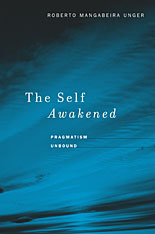 “The Self Awakened shows [Roberto Mangabeira Unger] to be one of the few living philosophers whose thinking has the range of the great philosophers of the past… Unger has a restless and unruly mind, and is, I can report from several personal encounters, one of the most articulate and penetratingly original thinkers one is likely to meet… His thinking and writing have always ranged beyond the boundaries of legal and social theory, to psychology, psychoanalysis, and architecture. In this book, he takes on the task and direction of philosophy itself and draws out implications ranging from the theory and practice of politics, to psychology, to the most fundamental questions about space, time, cosmology, physics, and mathematics… [The Self Awakened] is written in a vivid prose style that mixes precise lawyerly argument with poetic and metaphorical passages of astounding vividness. It is a polemic and a call to action, but what it challenges us to do most of all is to experiment with how we live and think. It is many years since I found myself as inspired and provoked by a book of non-fiction. Unger aims at nothing less than to invent a new kind of politics, which is evolutionary in style but revolutionary in outcome… This is a philosophy as ambitious as any being written now.”—Lee Smolin, The Times Higher Education Supplement

“Unger writes broadly for an educated audience, but most specifically for philosophers, psychologists, political scientists, sociologists, and legal theorists. His style is inviting and non-technical, almost sermonic in certain passages. His capacious and ambitious mind yields a challenge, though, of holding together and keeping in view the multiple facets of his philosophical vision. His penchant for apt and memorable metaphors, however, assists readers in this task.”—Brad Frazier, Metapsychology Online

“This book reads like something from a bygone age. Unger has given readers a humanist manifesto, a text more at home in the 1930s than in the postmodern age. It is that rarest of things: an earnest book… Unger contests the claims of academic philosophy to naturalize all aspects of human existence in the name of science. Instead, he offers readers the hope that human beings will be able to transcend their limitations through imagination, and thereby become authentically futural beings. In order to accomplish this, a renewal of philosophy must take place: a radicalized pragmatism whose practitioners truly realize that they control their own fates.”—C.R. McCall, Choice

“Roberto Unger is one of the very few creative political philosophers of our time. The brief and broadly accessible The Self Awakened, which takes a distinctive position on one of the great questions of political philosophy and develops its implications for the political predicaments of our time, will serve as the best introduction to his complex work. For the brave band of secular humanists who do not wish to turn back the clock, this book represents an important contribution to an important conversation.”—Bruce Ackerman, Sterling Professor of Law and Political Science, Yale University, author of The Failure of the Founding Fathers