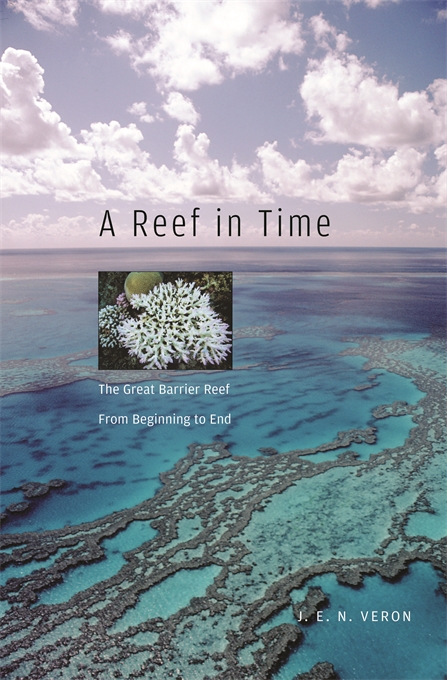 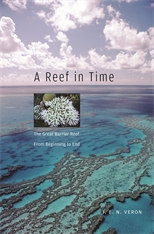 A Reef in Time

The Great Barrier Reef from Beginning to End

Like many coral specialists fifteen years ago, J.E.N. Veron thought Australia’s Great Barrier Reef was impervious to climate change. “Owned by a prosperous country and accorded the protection it deserves, it would surely not go the way of the Amazon rain forest or the parklands of Africa, but would endure forever. That is what I thought once, but I think it no longer.” This book is Veron’s Silent Spring for the world’s coral reefs.

Veron presents the geological history of the reef, the biology of coral reef ecosystems, and a primer on what we know about climate change. He concludes that the Great Barrier Reef and, indeed, most coral reefs will be dead from mass bleaching and irreversible acidification within the coming century unless greenhouse gas emissions are curbed. If we don’t have the political will to confront the plight of the world’s reefs, he argues, current processes already in motion will become unstoppable, bringing on a mass extinction the world has not seen for 65 million years.

Our species has cracked its own genetic code and sent representatives of its kind to the moon—we can certainly save the world’s reefs if we want to. But to achieve this goal, we must devote scientific expertise and political muscle to the development of green technologies that will dramatically reduce greenhouse emissions and reverse acidification of the oceans.