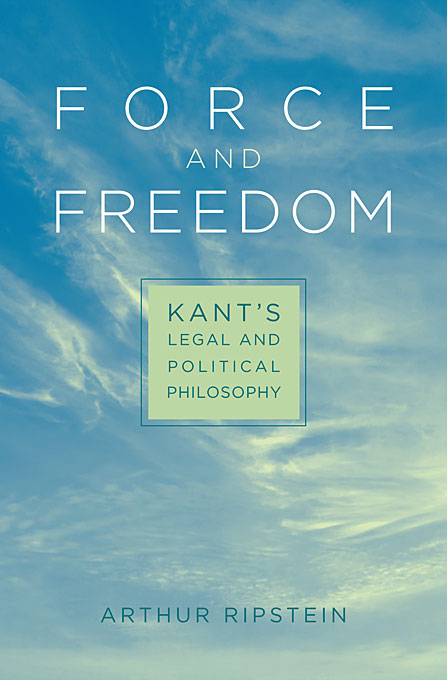 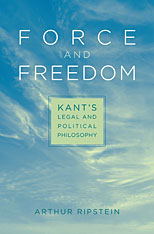 In this masterful work, both an illumination of Kant’s thought and an important contribution to contemporary legal and political theory, Arthur Ripstein gives a comprehensive yet accessible account of Kant’s political philosophy. Ripstein shows that Kant’s thought is organized around two central claims: first, that legal institutions are not simply responses to human limitations or circumstances; indeed the requirements of justice can be articulated without recourse to views about human inclinations and vulnerabilities. Second, Kant argues for a distinctive moral principle, which restricts the legitimate use of force to the creation of a system of equal freedom. Ripstein’s description of the unity and philosophical plausibility of this dimension of Kant’s thought will be a revelation to political and legal scholars.

In addition to providing a clear and coherent statement of the most misunderstood of Kant’s ideas, Ripstein also shows that Kant’s views remain conceptually powerful and morally appealing today. Ripstein defends the idea of equal freedom by examining several substantive areas of law—private rights, constitutional law, police powers, and punishment—and by demonstrating the compelling advantages of the Kantian framework over competing approaches.