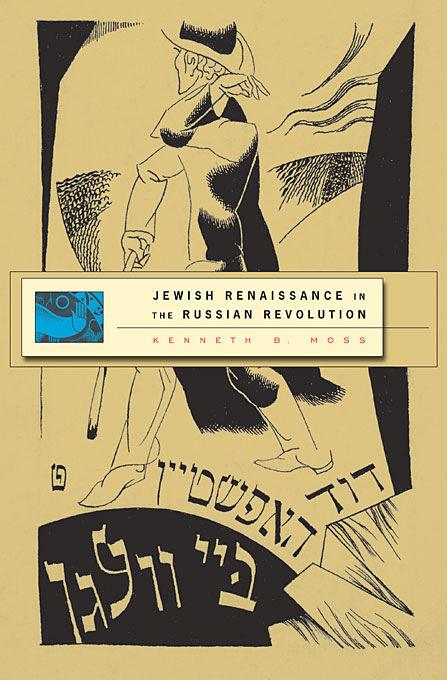 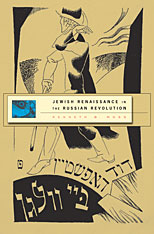 Jewish Renaissance in the Russian Revolution

Between 1917 and 1921, as revolution convulsed Russia, Jewish intellectuals and writers across the crumbling empire threw themselves into the pursuit of a “Jewish renaissance.” At the heart of their program lay a radically new vision of Jewish culture predicated not on religion but on art and secular individuality, national in scope yet cosmopolitan in content, framed by a fierce devotion to Hebrew or Yiddish yet obsessed with importing and participating in the shared culture of Europe and the world. These cultural warriors sought to recast themselves and other Jews not only as a modern nation but as a nation of moderns.

Kenneth Moss offers the first comprehensive look at this fascinating moment in Jewish and Russian history. He examines what these numerous would-be cultural revolutionaries, such as El Lissitzky and Haim Nahman Bialik, meant by a new Jewish culture, and details their fierce disagreements but also their shared assumptions about what culture was and why it was so important. In close readings of Hebrew, Yiddish, and Russian texts, he traces how they sought to realize their ideals in practice as writers, artists, and thinkers in the burgeoning cultural centers of Moscow, Kiev, and Odessa. And he reveals what happened to them and their ideals as the Bolsheviks consolidated their hold over cultural life.

Here is a brilliant, revisionist argument about the nature of cultural nationalism, the relationship between nationalism and socialism as ideological systems, and culture itself, the axis around which the encounter between Jews and European modernity has pivoted over the past century.