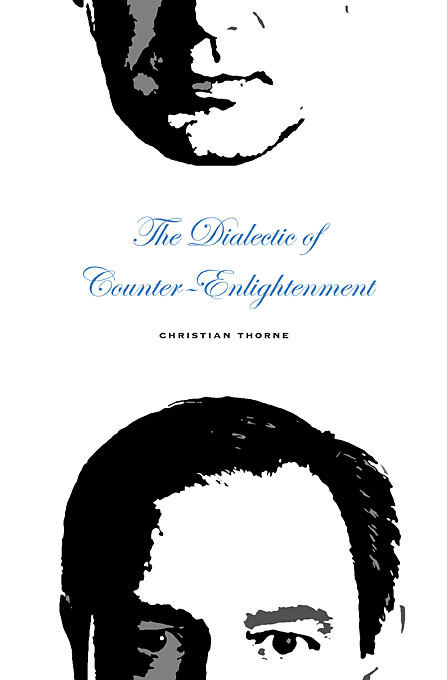 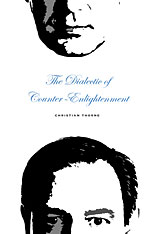 The Dialectic of Counter-Enlightenment

In this wide-ranging, ambitious, and engaging study, Christian Thorne confronts the history and enduring legacy of anti-foundationalist thought.

Anti-foundationalism—the skeptical line of thought that contends our beliefs cannot be authoritatively grounded and that most of what passes for knowledge is a sham—has become one of the dominant positions in contemporary criticism. Thorne argues that despite its ascendance, anti-foundationalism is wrong. In The Dialectic of Counter-Enlightenment, he uses deft readings of a range of texts to offer new perspectives on the ongoing clash between philosophy and comprehensive doubt.

The problem with anti-foundationalism is not, as is often thought, that it radiates uncertainty or will unglue the university, but instead that it is a system of thought—with set habits that generate unearned certainties. The shelves are full of histories of modern philosophy, but the history of the resistance to philosophical thought remains to be told. At its heart, The Dialectic of Counter-Enlightenment is a plea not to take doubt at its word—a plea for the return of a vanished philosophical intelligence and for the retirement of an anti-Enlightenment thinking that commits, over and over again, the very crimes that it lays at Enlightenment’s door.