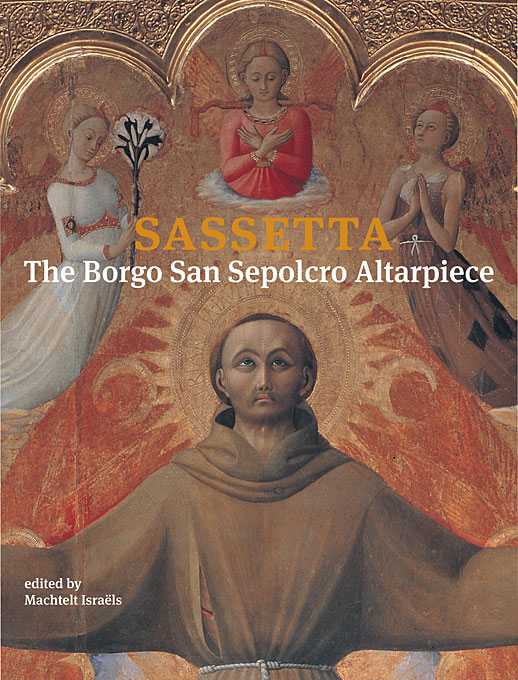 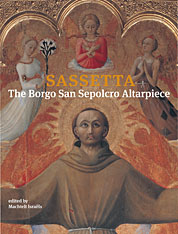 Not for sale in The Netherlands

“Sassetta was the leading painter in Siena in the early fifteenth century and the altarpiece he made for the Franciscan church in the town of Borgo San Sepolcro was one of the biggest altarpieces of the Renaissance, about twenty feet tall and fifteen feet wide. For the last hundred years, this painting has inspired research on the character of Sienese art, and it is now the subject of a beautiful new study in two volumes, Sassetta: The Borgo San Sepolcro Altarpiece. Everything about the book is impressive, from the quality of its printing to the number of people involved in its writing. Led by the brilliant scholar Machtelt Israëls, more than forty experts contributed to the book; and at 636 pages and 435 color illustrations, it is one of the most comprehensive monographs ever written on a single work of Renaissance painting.”—Andrew Butterfield, The New York Review of Books

“Admirers of the richness, seductive accents and elusive beauty of the paintings of Stefano di Giovanni, known as il Sassetta (1392–1450/51), will be delighted by the extraordinary, indeed exhaustive depth of this two-volume study devoted to the polyptych once to be seen on the high altar of the church of S. Francesco in Borgo San Sepolcro, painted between 1437 and 1444.”—Jennifer Sliwka, The Burlington Magazine

“Monumental, immaculately produced volumes… They represent arguably the most exhaustive study of a single altarpiece ever undertaken, and are…both a supreme triumph and a spectacular demonstration of the value of collaborative and interdisciplinary research… In spite of the fact that we already know so much about the altarpiece and its commission, the various authors of this book most definitely do not agree on everything—for all the exquisite good manners on display, the knives are unmistakeably out. Of course, this is as it should be, but is also refreshingly unusual in a world where spineless agreement is all too often the order of the day. What makes the killer footnotes so entertaining here is the way contributors refer to the conflicting arguments of other scholars within these pages precisely in order to explain that they have not been persuaded by them to change their minds… The editorial and literary standards of a publication which necessarily involved a number of contributors whose first language is not English are remarkably high.”—David Ekserdjian, Apollo