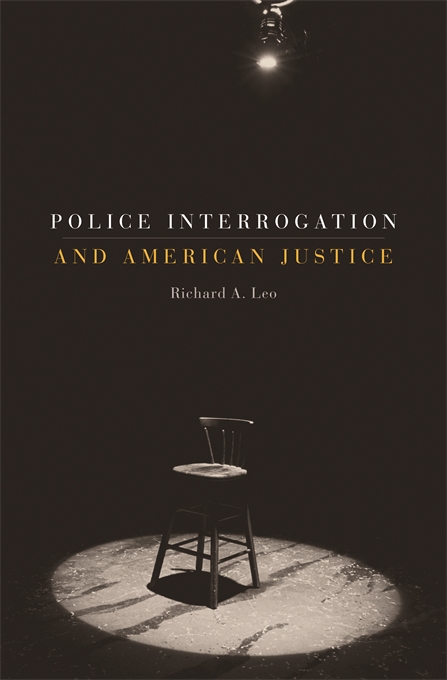 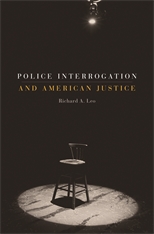 “It is the best book on this subject. Richard Leo uses data not ordinarily available. He brilliantly documents the everydayness of police dialogue with suspects in chapters discussing ‘professionalizing the police’ and ‘the third degree in America’ as well as through analysis of relentlessly systematic police use of deceit, manipulation, lying and disguised coercion… The result is both convincing and brilliant… This is an excellent book. Read it. Use it. Such books are exceedingly rare.”—Ephraim Margolin, The Champion

“[A] brilliant analysis of police interrogations. In this rich tome, [Leo] analyzes police interrogations in the broad context of the adversarial system of American criminal justice. He presents a thorough look at interrogations as a truth-seeking tool as well as a manipulative means to coerce suspects to say what they should not say, and do not necessarily want to say. Leo’s approach of using case studies to supplement his scholarly arguments makes this an interesting and valuable read for anyone interested in police work… The result is a well-organized, well-written social scientific account of police interrogations… His book is an important contribution to the workings of the police in America.”—Geoffrey P. Alpert, Contemporary Sociology

“A gripping indictment of what goes on behind the closed doors of police interrogation rooms. From psychological manipulation, to threats of harm and promises of leniency, to lengthy incommunicado questioning, all the way to outright brutality… Leo’s book is a powerful contribution to criminal justice public policy… Police Interrogation and American Justice causes one to marvel at the extent to which the parties in the justice system have been complicit in enabling lawless police to effect convictions of suspects by coercing their confessions. Leo offers suggestions for reform, which are fair and reasonable in a country that has the highest incarceration rate in the world.”—Heidi Boghosian, The Federal Lawyer

“Law professor Leo, one of the most prolific and knowledgeable scholars on police investigations, offers a book both eye-opening and important.”—B.J. Goetz, Choice

“This is the best book on police interrogation I have ever read—and I have been reading about the subject (and writing about it) for 50 years. The long chapter on the ‘third degree’ is fascinating—and it reveals that a century ago the city police of America were using some of the same harsh interrogation techniques that the CIA used after 9/11.”—Yale Kamisar, University of San Diego

“The ‘third degree’ is long gone. But as Richard Leo shows, trickery, manipulation, and deceit are still basic tools of police interrogation of suspects. His unsettling and brilliant book gives a bird’s-eye view of systematic coercion that undermines basic rights at the entrance to the legal system.”—Elizabeth Loftus, author of Eyewitness Testimony