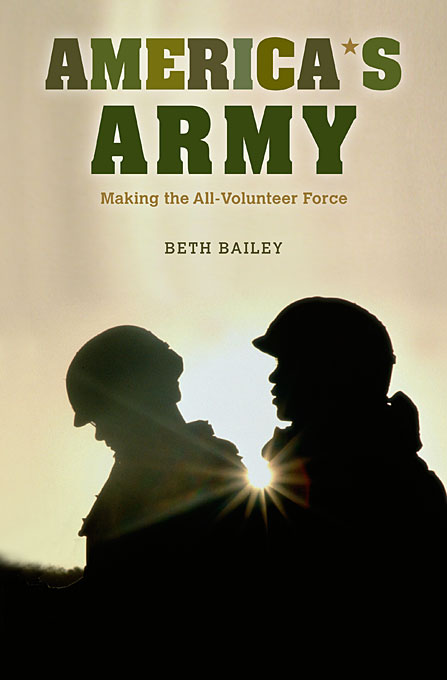 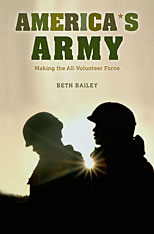 In 1973, not long after the last American combat troops returned from Vietnam, President Nixon fulfilled his campaign promise and ended the draft. No longer would young men find their futures determined by the selective service system; nor would the U.S. military have a guaranteed source of recruits.

America’s Army is the story of the all-volunteer force, from the draft protests and policy proposals of the 1960s through the Iraq War. It is also a history of America in the post-Vietnam era. In the Army, America directly confronted the legacies of civil rights and black power, the women’s movement, and gay rights. The volunteer force raised questions about the meaning of citizenship and the rights and obligations it carries; about whether liberty or equality is the more central American value; what role the military should play in American society not only in time of war, but in time of peace. And as the Army tried to create a volunteer force that could respond effectively to complex international situations, it had to compete with other “employers” in a national labor market and sell military service alongside soap and soft drinks.

Based on exhaustive archival research, as well as interviews with Army officers and recruiters, advertising executives, and policy makers, America’s Army confronts the political, moral, and social issues a volunteer force raises for a democratic society as well as for the defense of our nation.