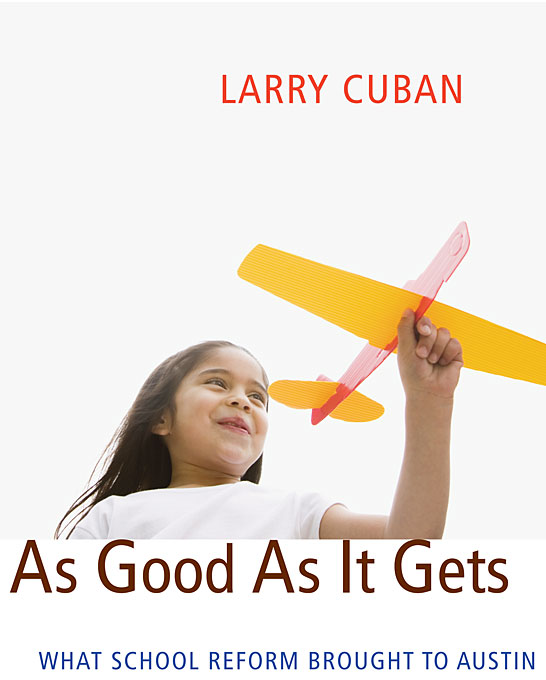 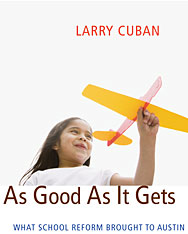 As Good As It Gets

What School Reform Brought to Austin

Take an economically and racially diverse urban school district emerging from a long history of segregation. Add an energetic, capable, bridge-building superintendent with ambitious district-wide goals to improve graduation rates, school attendance, and academic performance. Consider that he was well funded and strongly supported by city leaders, teachers, and parents, and ask how much changed in a decade of his tenure—and what remained unchanged?

Larry Cuban takes this richly detailed history of the Austin, Texas, school district, under Superintendent Pat Forgione, to ask the question that few politicians and school reformers want to touch. Given effective use of widely welcomed reforms, can school policies and practices put all children at the same academic level? Are class and ethnic differences in academic performance within the power of schools to change?

Cuban argues that the overall district has shown much improvement—better test scores, more high school graduates, and more qualified teachers. But the improvements are unevenly distributed. The elementary schools improved, as did the high schools located in affluent, well-educated, largely white neighborhoods. But the least improvement came where it was needed most: the predominantly poor, black, and Latino high schools. Before Forgione arrived, over 10 percent of district schools were failing, and after he left office, roughly the same percentage continued to fail. Austin’s signal successes amid failure hold answers to tough questions facing urban district leaders across the nation.