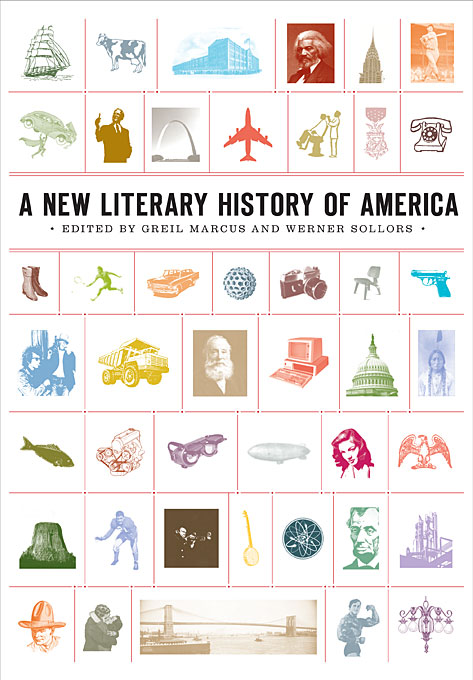 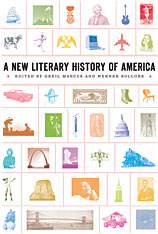 A New Literary History of America

America is a nation making itself up as it goes along—a story of discovery and invention unfolding in speeches and images, letters and poetry, unprecedented feats of scholarship and imagination. In these myriad, multiform, endlessly changing expressions of the American experience, the authors and editors of this volume find a new American history.

In more than two hundred original essays, A New Literary History of America brings together the nation’s many voices. From the first conception of a New World in the sixteenth century to the latest re-envisioning of that world in cartoons, television, science fiction, and hip hop, the book gives us a new, kaleidoscopic view of what “Made in America” means. Literature, music, film, art, history, science, philosophy, political rhetoric—cultural creations of every kind appear in relation to each other, and to the time and place that give them shape.