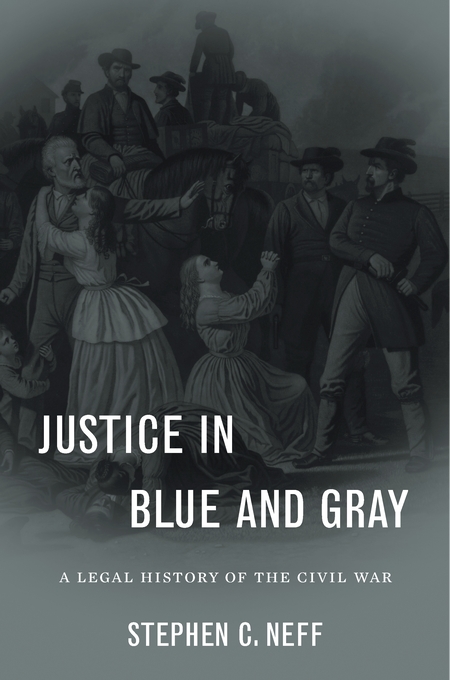 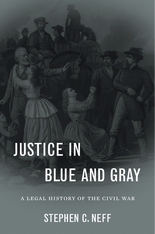 Justice in Blue and Gray

A Legal History of the Civil War

Stephen C. Neff offers the first comprehensive study of the wide range of legal issues arising from the American Civil War, many of which resonate in debates to this day.

Neff examines the lawfulness of secession, executive and legislative governmental powers, and laws governing the conduct of war. Whether the United States acted as a sovereign or a belligerent had legal consequences, including treating Confederates as rebellious citizens or foreign nationals in war. Property questions played a key role, especially when it came to the process of emancipation. Executive detentions and trials by military commissions tested civil liberties, and the end of the war produced a raft of issues on the status of the Southern states, the legality of Confederate acts, clemency, and compensation. A compelling aspect of the book is the inclusion of international law, as Neff situates the conflict within the general laws of war and details neutrality issues, where the Civil War broke important new legal ground.

This book not only provides an accessible and informative legal portrait of this critical period but also illuminates how legal issues arise in a time of crisis, what impact they have, and how courts attempt to resolve them.