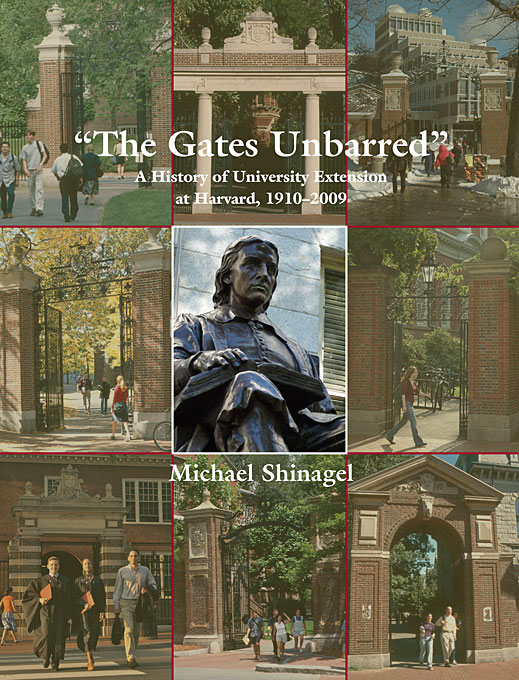 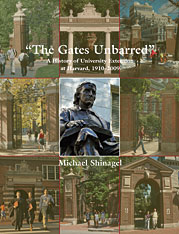 The Gates Unbarred traces the evolution of University Extension at Harvard from the Lyceum movement in Boston to its creation by the newly appointed president A. Lawrence Lowell in 1910. For a century University Extension has provided community access to Harvard, including the opportunity for women and men to earn a degree.

In its storied history, University Extension played a pioneering role in American continuing higher education: initiating educational radio courses with Harvard professors in the late 1940s, followed by collegiate television courses for credit in the 1950s, and more recently Harvard College courses available online. In the 1960s a two-year curriculum was prepared for the U.S. nuclear navy (“Polaris University”), and in the early 1970s Extension responded to community needs by reaching out to Cambridge and Roxbury with special applied programs.

This history is not only about special programs but also about remarkable people, from the distinguished members of the Harvard faculty who taught evenings in Harvard Yard to the singular students who earned degrees, ranging from the youngest ALB at age eighteen, to the oldest ALB and ALM recipients, both aged eighty-nine—and both records at Harvard University.