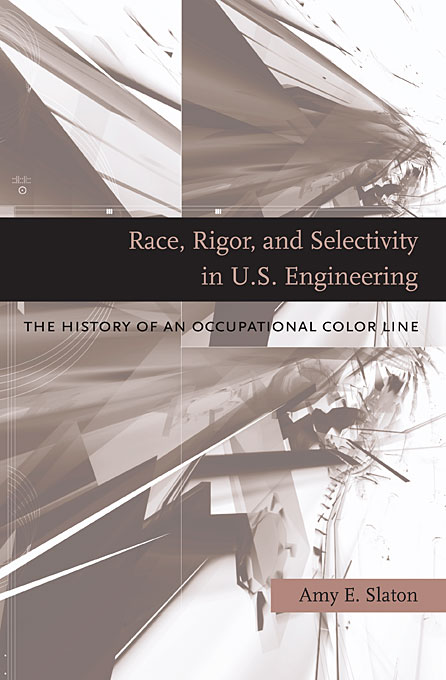 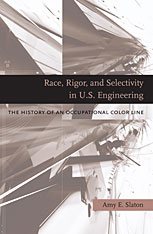 The History of an Occupational Color Line

Despite the educational and professional advances made by minorities in recent decades, African Americans remain woefully underrepresented in the fields of science, technology, mathematics, and engineering. Even at its peak, in 2000, African American representation in engineering careers reached only 5.7 percent, while blacks made up 15 percent of the U.S. population. Some forty-five years after the Civil Rights Act sought to eliminate racial differences in education and employment, what do we make of an occupational pattern that perpetually follows the lines of race?

Race, Rigor, and Selectivity in U.S. Engineering pursues this question and its ramifications through historical case studies. Focusing on engineering programs in three settings—in Maryland, Illinois, and Texas, from the 1940s through the 1990s—Amy E. Slaton examines efforts to expand black opportunities in engineering as well as obstacles to those reforms. Her study reveals aspects of admissions criteria and curricular emphases that work against proportionate black involvement in many engineering programs. Slaton exposes the negative impact of conservative ideologies in engineering, and of specific institutional processes—ideas and practices that are as limiting for the field of engineering as they are for the goal of greater racial parity in the profession.