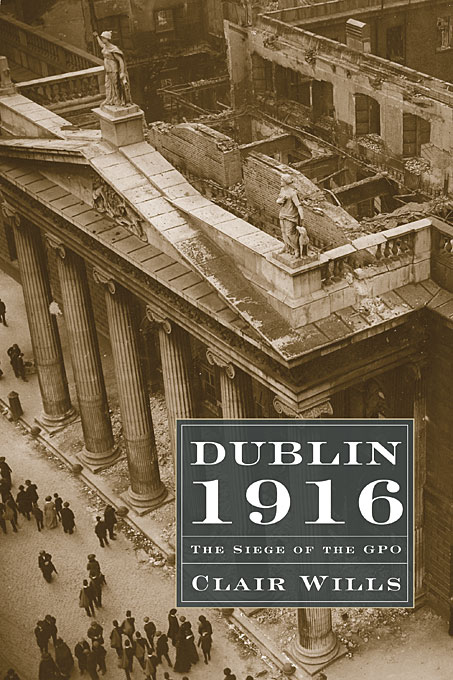 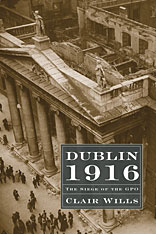 The Siege of the GPO

On Easter Monday 1916, while much of Dublin holidayed at the seaside and placed bets at the horse races, a disciplined group of Irish Volunteers seized the city’s General Post Office in what would become the defining act of rebellion against British rule—and the most significant single event in modern Irish history. By week’s end, the rebels had surrendered, and the siege had left the once magnificent GPO an empty shell—and turned it into the most famous and deeply symbolic building in all of Ireland.

This book unravels the events in and around the GPO during the Easter Rising of 1916. Drawing on participant and eyewitness accounts, diaries, and newspaper reports, Clair Wills recreates the harrowing moments that transformed the GPO from an emblem of nineteenth-century British power and civil government, to an embattled barricade, and finally to a national symbol. What was it like to be trapped in the building? To watch, and listen to, the destruction of the city? Was the act meant as a bloody sacrifice or a military coup d’état? Exploring these questions as they were experienced and understood then and later, her book reveals the twists and turns that the myth of the GPO has undergone in the last century, as it has stood for sacrifice and treachery, national unity and divisive violence, the future and the past.