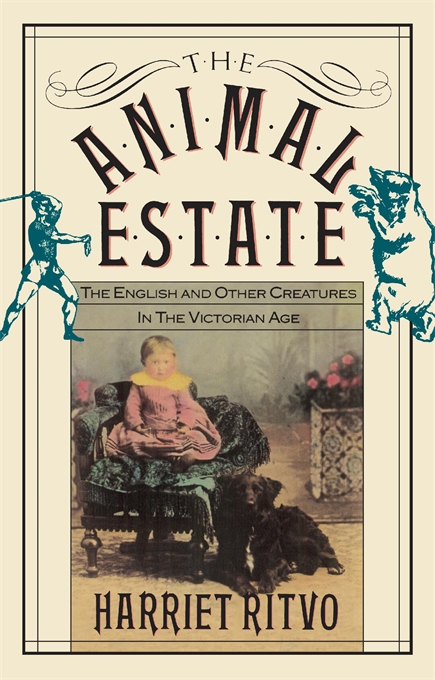 The English and Other Creatures in Victorian England

When we think about the Victorian age, we usually envision people together with animals: the Queen and her pugs, the sportsman with horses and hounds, the big game hunter with his wild kill, the gentleman farmer with a prize bull. Harriet Ritvo here gives us a vivid picture of how animals figured in English thinking during the nineteenth century and, by extension, how they served as metaphors for human psychological needs and sociopolitical aspirations.

Victorian England was a period of burgeoning scientific cattle breeding and newly fashionable dog shows; an age of Empire and big game hunting; an era of reform and reformers that saw the birth of the Royal SPCA. Ritvo examines Victorian thinking about animals in the context of other lines of thought: evolution, class structure, popular science and natural history, imperial domination. The papers and publications of people and organizations concerned with agricultural breeding, veterinary medicine, the world of pets, vivisection and other humane causes, zoos, hunting at home and abroad, all reveal underlying assumptions and deeply held convictions—for example, about Britain’s imperial enterprise, social discipline, and the hierarchy of orders, in nature and in human society.

Thus this book contributes a new new topic of inquiry to Victorian studies; its combination of rhetorical analysis with more conventional methods of historical research offers a novel perspective on Victorian culture. And because nineteenth-century attitudes and practices were often the ancestors of contemporary ones, this perspective can also inform modern debates about human–animal interactions.