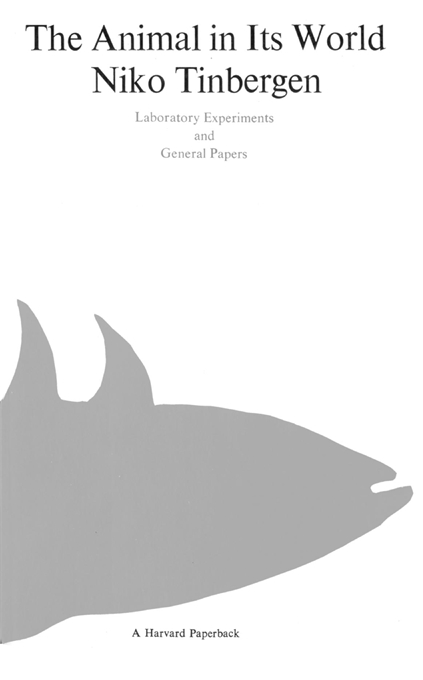 The Animal in Its World (Explorations of an Ethologist, 1932-1972), Volume Two: Laboratory Experiments and General Papers

Nikolaas Tinbergen has devoted a lifetime of research to exploring the behavior of many types of animals in their natural environments, and has founded centers of worldwide renown for research and teaching in the behavioral sciences, first in his native Holland and later at Oxford. His influence extends far beyond the borders of Europe and zoology proper, and he has contributed substantially to international and interdisciplinary collaboration. He has tirelessly worked for the use of scientific methods in the study of human behavior, both normal and abnormal.

Volume I is devoted to field studies. Volume II includes accounts of Tinbergen’s remarkable laboratory experiments as well as his significant general papers. These selections explore the search for animal roots of human behavior, behavior and natural selection, appeasement signals, and the nature of ethology.

“Early Childhood Autism,” written by Professor Tinbergen and his wife, is among the most important papers. It is a pioneer work in applied ethology and is a product of thirty years of observing non-verbal expression in both animals and children. Also included is Professor Tinbergen's 1972 Croonian Lecture, “Functional Ethology and the Human Sciences.”

These classic original studies will fascinate the increasing number of readers interested in the topical problems of animal and human behavior.