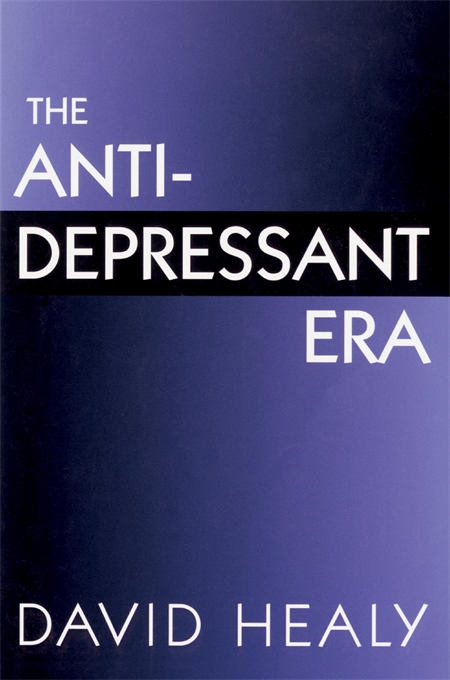 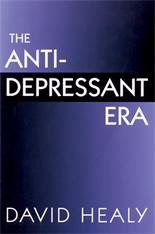 “In the past five years [David Healy] has emerged as the leading international authority on the history of psychopharmacology… Healy’s modest endnotes reveal that he has participated in numerous key events, and that he knows personally many of the main actors in the story… The body of Healy’s book is a clear, detailed and highly informative reconstruction of the major lines of clinical and laboratory research that have produced modern psychiatric pharmacotherapy… Healy is well-informed… Without slighting the science, he manages to describe [major developments] in an admirably readable narrative… The best remedies of all, however, may be a historically informed medical profession and a biomedically enlightened public. David Healy’s impressive and fascinating book is a means to these ends.”—Mark S. Micale, The Times Literary Supplement

“As a history, it is brilliant and brilliantly written, tracing the introduction of antidepressants, which, along with the first antibiotics and antihypertensives, created a therapeutic revolution just after World War II. These developments brought health to the center of global politics and created the possibility of a common language that crossed ethnic, race, and class barriers. The paths traced begin in antiquity. Healy discusses concepts of disease and illness beginning with Hippocrates; the isolation of the tubercle bacillus by Robert Koch; the beginning of the pharmaceutical companies; (In 1804, there were 90 patent medicines listed. By 1857, the list had grown to 1,500); the discovery of the power of marketing with aspirin; the 1951 bill which gave the FDA power to decide which medicines should be made available by prescription; and the 1962 Kefauver–Harris amendment which charged the FDA with establishing the efficacy of over-the-counter as well as prescription drugs. The role of NIMH in testing the new psychotropic drugs, the discovery and testing of the antidepressants and the science developed to facilitate testing are well described. Since many of the scientists who participated in the antidepressant revolution were still around for interviewing, the material is vivid and personal.”—Myrna M. Weissman, The New England Journal of Medicine

“Well-written and thoroughly researched, the book provides an excellent overview of the history of psychotropic medicine from Hippocrates to the age of Prozac, using depression as a paradigm of the ways in which the popularity of such drugs may have been influenced more by pharmaceutical marketing than by medical necessity.”—Catherine Calloway, Journal of American Culture

“David Healy is one of the most remarkable figures in contemporary psychiatry. He combines the skills of an historian with a training in laboratory psychopharmacology, a research interest in psychopathology, and an encyclopedic knowledge of the psychotherapies. Throughout the past decade he has published books and papers on subjects as diverse as phenomenology, nosology, hysteria, and psychopharmacology… Healy’s trilogy [The Psychopharmacologists, The Psychopharmacologists II, and The Antidepressant Era] is a major achievement: its importance goes beyond psychiatry and psychopharmacology to embrace the whole of medicine. These books represent a quantum leap in understanding the processes that shape therapeutic innovation in clinical practice. Work of this revolutionary scope comes along infrequently—perhaps once in a decade.”—Bruce G.Charlton, Journal of Medicine of the Royal Society

“David Healy’s book focuses on the discovery and development of antidepressants and provides a fascinating insight into the history of this field. He skillfully interweaves the account of the roles played by the key scientists and clinicians with the powerful influence of pharmaceutical companies… The antidepressant era represents one of the seminal events in the social and cultural history of the latter half of the twentieth century. This book is written in an individual and engaging style and the author reveals a deep knowledge of his subject; he has his own firm views but does not force them upon the reader. I found it a compelling read and hope that it will reach a wide audience.”—Leslie Iversen, Nature

“The story Healy brilliantly recounts is one of increasing regulation of psychopharmaceuticals by governments… Healy’s proposal will strike some as unscientific and others as humane, for he calls for the deregulation of psychoactive drugs, thereby putting control of mental illness back in the people’s hands and forcing physicians to refocus their efforts on cultivating an empathic clinical encounter. In doing so, as Healy rightly claims, patients are better served and mental illness is better understood.”—Robert A. Crouch, Religious Studies Reviews