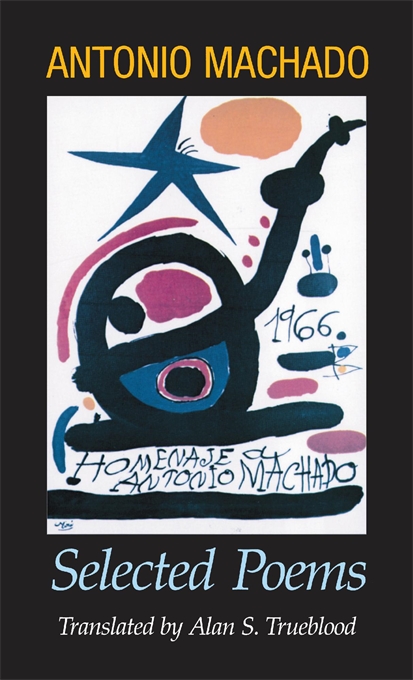 Regarded by many as the finest poet of twentieth-century Spain, Antonio Machado y Ruiz (1875–1939) is not well known outside the Spanish-speaking world. This volume will introduce him to Anglo-American readers, enabling them to experience at first hand the subtle nuances of his verse. Some two hundred fifty poems in Spanish, drawn from Machado’s entire oeuvre, are accompanied on facing pages by sensitive and beautifully fluent translations which render the originals accessible to the mind and the ear.

Alan S. Trueblood annotates the individual poems, placing them in context and illuminating their allusions and undertones. In addition, he provides a substantial biographical and critical Introduction. This gives an overview of Machado’s life, as a poet and teacher and wide-ranging commentator on cultural, political, and social affairs. (Forced into exile at the end of the Civil War, he crossed the Pyrenees on foot and died a month later.) The Introduction also discusses the qualities of Machado’s predominantly quiet and reflective verse, as well as the development of the thought of this major poet.