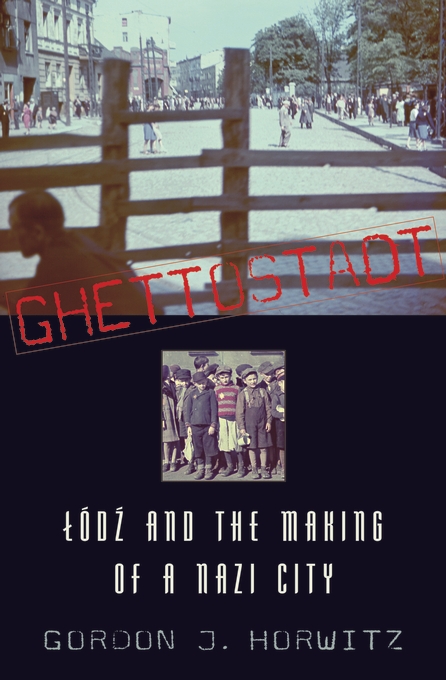 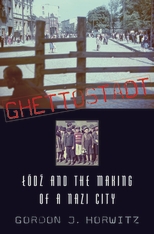 Łódź and the Making of a Nazi City

Under the Third Reich, Nazi Germany undertook an unprecedented effort to refashion the city of Łódź. Home to prewar Poland’s second most populous Jewish community, this was to become a German city of enchantment—a modern, clean, and orderly showcase of urban planning and the arts. Central to the undertaking, however, was a crime of unparalleled dimension: the ghettoization, exploitation, and ultimate annihilation of the city’s entire Jewish population.

Ghettostadt is the terrifying examination of the Jewish ghetto’s place in the Nazi worldview. Exploring ghetto life in its broadest context, it deftly maneuvers between the perspectives and actions of Łódź’s beleaguered Jewish community, the Germans who oversaw and administered the ghetto’s affairs, and the “ordinary” inhabitants of the once Polish city. Gordon Horwitz reveals patterns of exchange, interactions, and interdependence within the city that are stunning in their extent and intimacy. He shows how the Nazis, exercising unbounded force and deception, exploited Jewish institutional traditions, social divisions, faith in rationality, and hope for survival to achieve their wider goal of Jewish elimination from the city and the world. With unusual narrative force, the work brings to light the crushing moral dilemmas facing one of the most significant Jewish communities of Nazi-occupied Eastern Europe, while simultaneously exploring the ideological underpinnings and cultural, economic, and social realities within which the Holocaust took shape and flourished.

This lucid, powerful, and harrowing account of the daily life of the “new” German city, both within and beyond the ghetto of Łódź, is an extraordinary revelation of the making of the Holocaust.