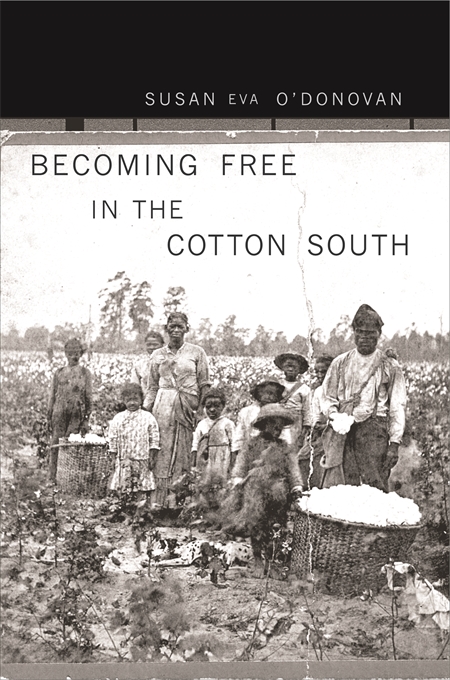 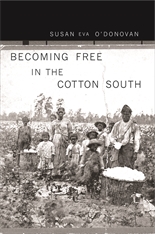 Becoming Free in the Cotton South

Becoming Free in the Cotton South challenges our most basic ideas about slavery and freedom in America. Instead of seeing emancipation as the beginning or the ending of the story, as most histories do, Susan Eva O’Donovan explores the perilous transition between these two conditions, offering a unique vision of both the enormous changes and the profound continuities in black life before and after the Civil War.

This boldly argued work focuses on a small place—the southwest corner of Georgia—in order to explicate a big question: how did black men and black women’s experiences in slavery shape their lives in freedom? The reality of slavery’s demise is harsh: in this land where cotton was king, the promise of Reconstruction passed quickly, even as radicalism crested and swept the rest of the South. Ultimately, the lives former slaves made for themselves were conditioned and often constrained by what they had endured in bondage. O’Donovan’s significant scholarship does not diminish the heroic efforts of black Americans to make their world anew; rather, it offers troubling but necessary insight into the astounding challenges they faced.

Becoming Free in the Cotton South is a moving and intimate narrative, drawing upon a multiplicity of sources and individual stories to provide new understanding of the forces that shaped both slavery and freedom, and of the generation of African Americans who tackled the passage that lay between.