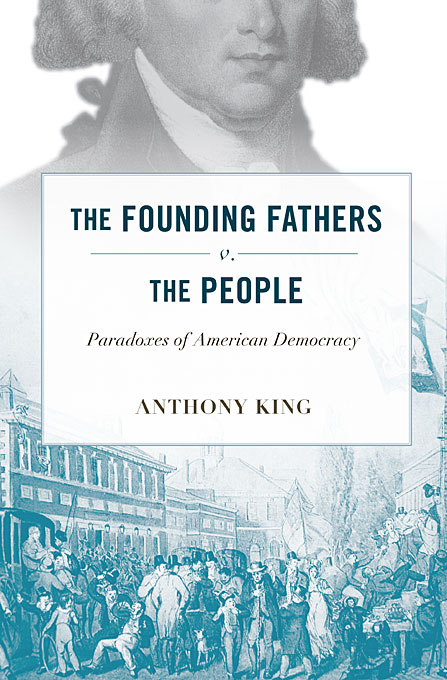 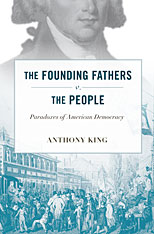 The Founding Fathers v. the People

As pundits and politicians remind us at every election cycle or turn of the television dial, the United States sees itself as the world’s greatest democracy. But what citizens might also hear, if they knew how to listen, is the grinding of two tectonic plates on which this democracy was established. In the venerable tradition of keen foreign observers of American politics, Anthony King exposes the political paradoxes in our system that we may well be too close to see—founding principles of our great democracy that are distinctly undemocratic.

In an extended essay eloquent in its plainspoken good sense, King begins, on the one hand, with the founding fathers who emphasized moderation, deliberation, checks and balances, and the separation of powers—a system in which “the people” were allowed to play only a limited role. On the other hand were radical democrats who insisted that the people, and only the people, should rule. The result was a political system tangled up in conflicts that persist to this day: unelected and unaccountable Supreme Court justices who exercise enormous personal power; severe restrictions on the kind of person the people can elect as president; popular referendums at the state and local level but none at the federal level, not even to ratify amendments to the Constitution.

In King’s provocative analysis, we see how these puzzles play out in the turmoil of our nation’s public life and political culture—and we glimpse, perhaps, a new way to address them.