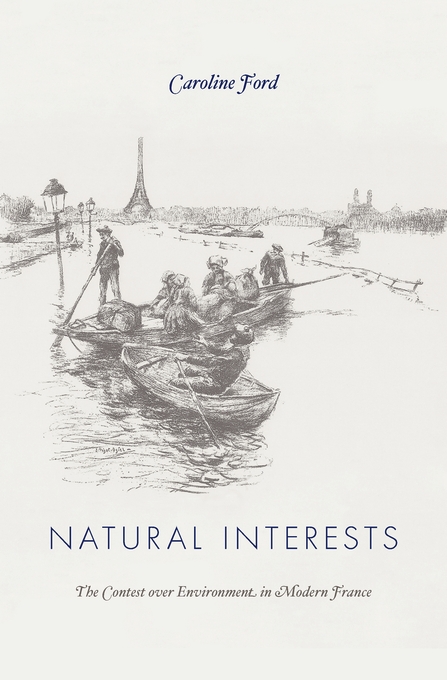 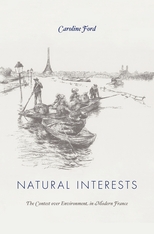 The Contest over Environment in Modern France

Challenging the conventional wisdom that French environmentalism can be dated only to the post-1945 period, Caroline Ford argues that a broadly shared environmental consciousness emerged in France much earlier. Natural Interests unearths the distinctive features of French environmentalism, in which a large and varied cast of social actors played a role. Besides scientific advances and colonial expansion, nostalgia for a vanishing pastoral countryside and anxiety over the pressing dangers of environmental degradation were important factors in the success of this movement.

Over the nineteenth and twentieth centuries, war, political upheaval, and natural disasters—especially the devastating floods of 1856 and 1910 in Paris—caused growing worry over the damage wrought by deforestation, urbanization, and industrialization. The natural world took on new value for France’s urban bourgeoisie, as both a site of aesthetic longing and a destination for tourism. Not only naturalists and scientists but politicians, engineers, writers, and painters took up environmental causes.

Imperialism and international dialogue were also instrumental in shaping environmental consciousness, as the unfamiliar climates of France’s overseas possessions changed perceptions of the natural world and influenced conservationist policies. By the early twentieth century, France had adopted innovative environmental legislation, created national and urban parks and nature reserves, and called for international cooperation on environmental questions.