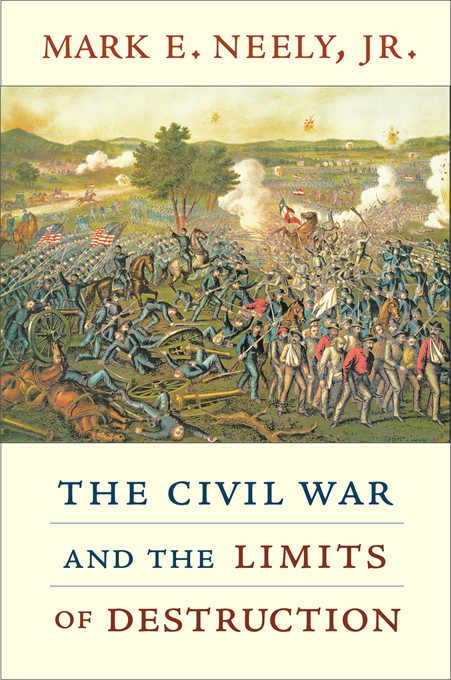 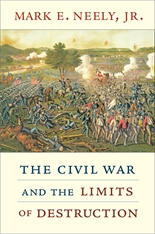 The Civil War and the Limits of Destruction

The Civil War is often portrayed as the most brutal war in America’s history, a premonition of twentieth-century slaughter and carnage. In challenging this view, Mark E. Neely, Jr., considers the war’s destructiveness in a comparative context, revealing the sense of limits that guided the conduct of American soldiers and statesmen.

Neely begins by contrasting Civil War behavior with U.S. soldiers’ experiences in the Mexican War of 1846. He examines Price’s Raid in Missouri for evidence of deterioration in the restraints imposed by the customs of war; and in a brilliant analysis of Philip Sheridan’s Shenandoah Valley campaign, he shows that the actions of U.S. cavalrymen were selective and controlled. The Mexican war of the 1860s between French imperial forces and republicans provided a new yardstick for brutality: Emperor Maximilian’s infamous Black Decree threatened captured enemies with execution. Civil War battles, however, paled in comparison with the unrestrained warfare waged against the Plains Indians. Racial beliefs, Neely shows, were a major determinant of wartime behavior.

Destructive rhetoric was rampant in the congressional debate over the resolution to avenge the treatment of Union captives at Andersonville by deliberately starving and freezing to death Confederate prisoners of war. Nevertheless, to gauge the events of the war by the ferocity of its language of political hatred is a mistake, Neely argues. The modern overemphasis on violence in Civil War literature has led many scholars to go too far in drawing close analogies with the twentieth century’s “total war” and the grim guerrilla struggles of Vietnam.