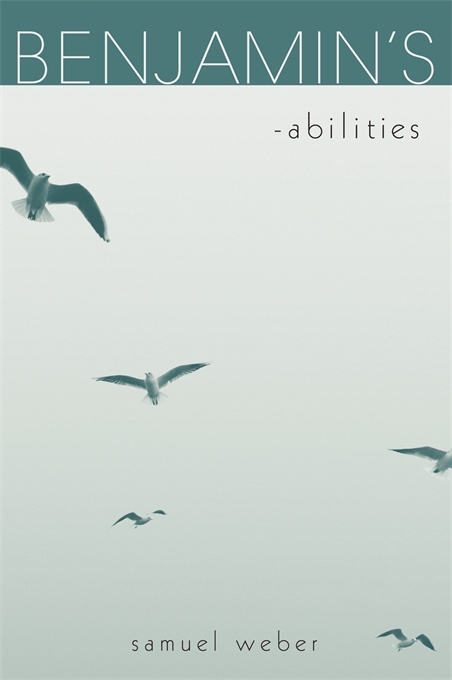 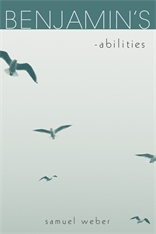 “There is no world of thought that is not a world of language,” Walter Benjamin remarked, “and one only sees in the world what is preconditioned by language.” In this book, Samuel Weber, a leading theorist on literature and media, reveals a new and productive aspect of Benjamin’s thought by focusing on a little-discussed stylistic trait in his formulation of concepts.

Weber’s focus is the critical suffix “-ability” that Benjamin so tellingly deploys in his work. The “-ability” (-barkeit, in German) of concepts and literary forms traverses the whole of Benjamin’s oeuvre, from “impartibility” and “criticizability” through the well-known formulations of “citability,” “translatability,” and, most famously, the “reproducibility” of “The Work of Art in the Age of Its Technological Reproducibility.” Nouns formed with this suffix, Weber points out, refer to a possibility or potentiality, to a capacity rather than an existing reality. This insight allows for a consistent and enlightening reading of Benjamin’s writings.

Weber first situates Benjamin’s engagement with the “-ability” of various concepts in the context of his entire corpus and in relation to the philosophical tradition, from Kant to Derrida. Subsequent chapters deepen the implications of the use of this suffix in a wide variety of contexts, including Benjamin’s book Trauerspiel, his relation to Carl Schmitt, and a reading of Wagner’s Ring. The result is an illuminating perspective on Benjamin’s thought by way of his language—and one of the most penetrating and comprehensive accounts of Benjamin’s work ever written.