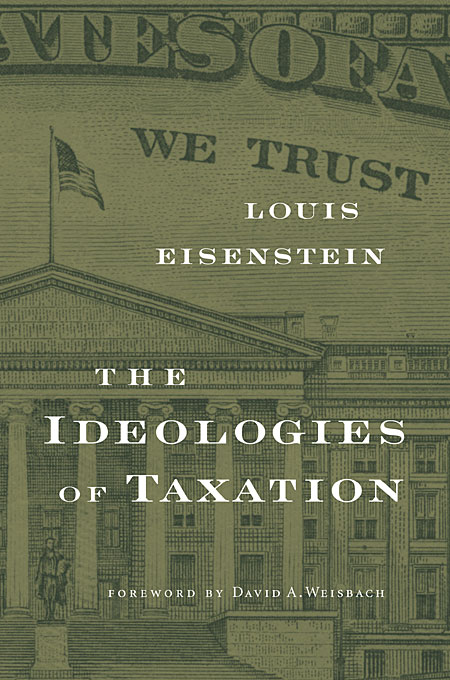 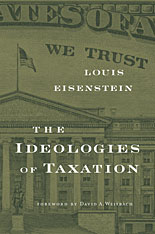 The Ideologies of Taxation

Foreword by David A. Weisbach

Originally published in 1961, The Ideologies of Taxation is a classic of taxation—a long-unavailable volume that remains uniquely applicable today. Louis Eisenstein starts from the idea that the tax system in a democracy is shaped by competing factions, each seeking to minimize its burden. Because few people are convinced by appeals to self-interest, factions must give reasons, which are skillfully elaborated into systems of belief or ideologies.

Eisenstein’s aim is to examine (and debunk) three major ideologies used to justify various reforms of the tax system. The ideology of ability holds that taxes should be apportioned based on ability to pay and that this is properly measured by income or wealth. The ideology of deterrents is concerned with high taxes on private enterprise—low and flat taxes are desired lest the wealthy reduce their work efforts and savings. The ideology of equity is focused on equal treatment of similarly situated individuals. Eisenstein shows, with sharp wit and an instinct for the jugular, how each of these ideologies is plagued with contradictions, incompleteness, and, in some cases, self-serving claims.