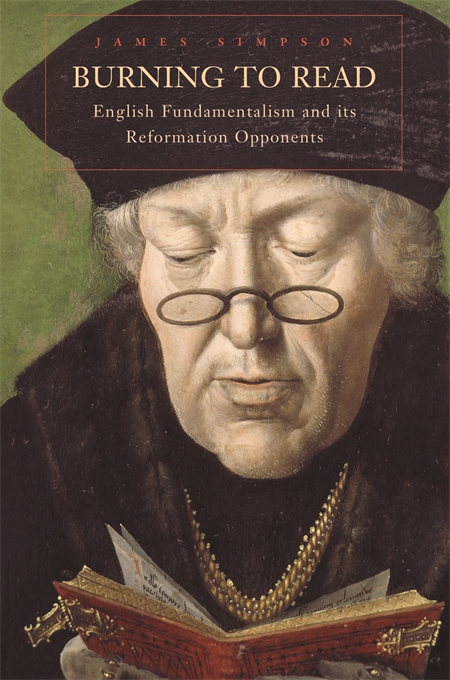 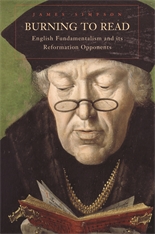 English Fundamentalism and Its Reformation Opponents

The evidence is everywhere: fundamentalist reading can stir passions and provoke violence that changes the world. Amid such present-day conflagrations, this illuminating book reminds us of the sources, and profound consequences, of Christian fundamentalism in the sixteenth century.

James Simpson focuses on a critical moment in early modern England, specifically the cultural transformation that allowed common folk to read the Bible for the first time. Widely understood and accepted as the grounding moment of liberalism, this was actually, Simpson tells us, the source of fundamentalism, and of different kinds of persecutory violence. His argument overturns a widely held interpretation of sixteenth-century Protestant reading—and a crucial tenet of the liberal tradition.

After exploring the heroism and achievements of sixteenth-century English Lutherans, particularly William Tyndale, Burning to Read turns to the bad news of the Lutheran Bible. Simpson outlines the dark, dynamic, yet demeaning paradoxes of Lutheran reading: its demands that readers hate the biblical text before they can love it; that they be constantly on the lookout for unreadable signs of their own salvation; that evangelical readers be prepared to repudiate friends and all tradition on the basis of their personal reading of Scripture. Such reading practice provoked violence not only against Lutheranism’s stated enemies, as Simpson demonstrates; it also prompted psychological violence and permanent schism within its own adherents.

The last wave of fundamentalist reading in the West provoked 150 years of violent upheaval; as we approach a second wave, this powerful book alerts us to our peril.