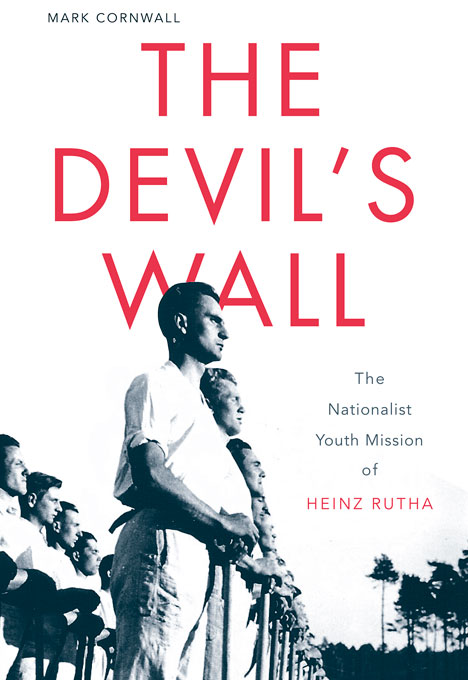 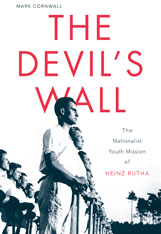 Legend has it that twenty miles of volcanic rock rising through the landscape of northern Bohemia was the work of the devil, who separated the warring Czechs and Germans by building a wall. The nineteenth-century invention of the Devil’s Wall was evidence of rising ethnic tensions. In interwar Czechoslovakia, Sudeten German nationalists conceived a radical mission to try to restore German influence across the region. Mark Cornwall tells the story of Heinz Rutha, an internationally recognized figure in his day, who was the pioneer of a youth movement that emphasized male bonding in its quest to reassert German dominance over Czech space.

Through a narrative that unravels the threads of Rutha’s own repressed sexuality, Cornwall shows how Czech authorities misinterpreted Rutha’s mission as sexual deviance and in 1937 charged him with corrupting adolescents. The resulting scandal led to Rutha’s imprisonment, suicide, and excommunication from the nationalist cause he had devoted his life to furthering. Cornwall is the first historian to tackle the long-taboo subject of how youth, homosexuality, and nationalism intersected in a fascist environment. The Devil’s Wall also challenges the notion that all Sudeten German nationalists were Nazis, and supplies a fresh explanation for Britain’s appeasement of Hitler, showing why the British might justifiably have supported the 1930s Sudeten German cause. In this readable biography of an ardent German Bohemian who participated as perpetrator, witness, and victim, Cornwall radically reassesses the Czech–German struggle of early twentieth-century Europe.