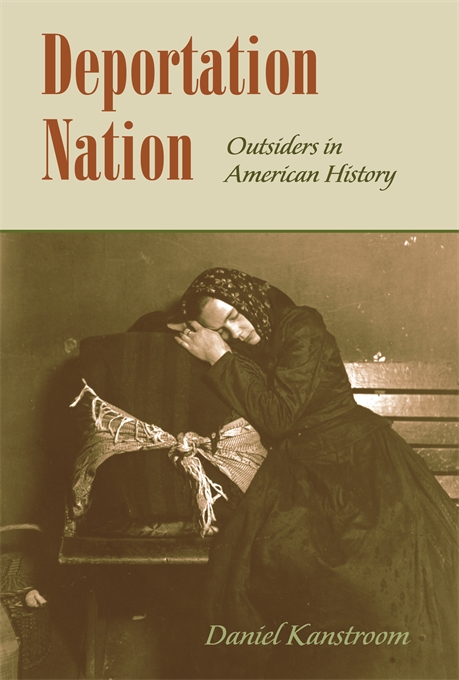 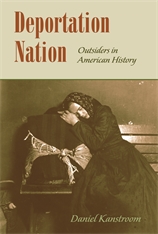 “From the deportation of self-proclaimed anarchist Emma Goldman in 1919, to Attorney General Mitchell Palmer’s raids against alleged left-wing subversives in the 1920s, to the use of immigration laws against members of groups involved in organized crime and the Communist Party in later decades, and to the internment of Japanese-Americans during World War II, Deportation Nation weaves a fascinating tale of the good, the bad, and the ugly sides of American immigration law. Kanstroom illustrates the government’s selective use of immigration law, especially during periods of war and national emergencies… This is a timely book, and I highly recommend it.”—Bob Beer, The Federal Lawyer

“Kanstroom is a committed advocate and a provocatively tendentious historian, not a detached policy analyst. This accounts for both the strengths and the limitations of his admirably accessible, well-written, and usefully endnoted book. It will be valuable to anyone who wants to understand the precursors of today’s broad deportation power, as well as its evolution into an instrument of wide-ranging governmental power over the conduct, status, and insecurities of immigrants hoping to sink roots in the USA.”—Peter H. Schuck, Journal of International Migration and Integration

“An ambitious reframing of the history of U.S. immigration law since colonial times. Making rich use of primary and secondary sources, this important book is both a work of legal history and an analysis of modern doctrine and policy. It examines the evolution of deportation as a system of ‘post-entry social control’ that views noncitizens as ‘eternal guests’ on ‘eternal probation.’ Kanstroom contrasts deportation as post-entry social control with a concept of deportation as extended border control that is limited to correcting mistakes in the admission process or enforcing the conditions of admission… Deportation Nation makes an invaluable contribution by bringing us to the brink of these questions about a fundamental aspect of justice in immigration, but leaves some of the answers for another day.”—Hiroshi Motomura, Law and History Review

“Kanstroom unearths an important story, routinely neglected in our shared understanding of our heritage as a nation of immigrants, and he is a gifted story teller. America needs to heed these lessons as we take up another round of immigration reform.”—David A. Martin, University of Virginia

“Kanstroom’s legal and social history of deportation reveals the development of a second system within our immigration politics, one of exclusion and expulsion, in which few if any Constitutional protections exist. Kanstroom shows the connections between the deportation of aliens and other removal practices in American history: the warning out of the poor, native-Americans’ removal, and fugitive slave laws—and makes a powerful and unsettling argument about the uses and abuses of today’s immigration system.”—Mae M. Ngai, Columbia University

“A brilliant study of a deportation system whose goals now include discretionary social control over millions of legal residents. Kanstroom masterfully marshals historical and contemporary evidence to show how our deportation system came about, and how it continues to subject legal residents to harsh treatment that would be unthinkable if applied to U.S. citizens. Both a devastating critique and a careful scholarly analysis, Deportation Nation should change the way we think about the legal treatment of noncitizens.”—Joseph William Singer, Harvard Law School