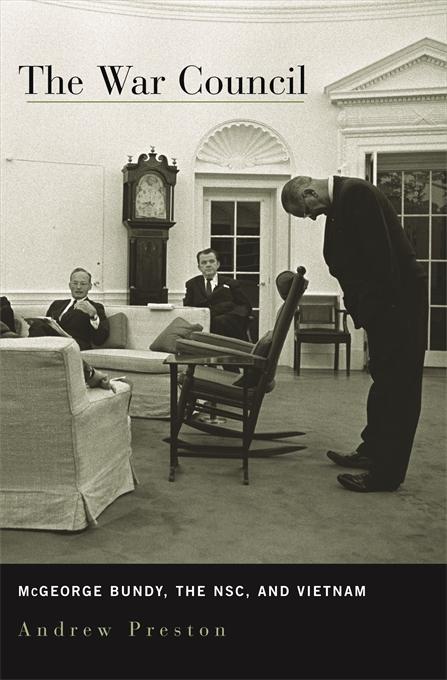 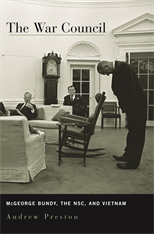 McGeorge Bundy, the NSC, and Vietnam

Was the Vietnam War unavoidable? Historians have long assumed that ideological views and the momentum of events made American intervention inevitable. By examining the role of McGeorge Bundy and the National Security Council, Andrew Preston demonstrates that policymakers escalated the conflict in Vietnam in the face of internal opposition, external pressures, and a continually failing strategy.

Bundy created the position of National Security Adviser as we know it today, with momentous consequences that continue to shape American foreign policy. Both today’s presidential supremacy in foreign policy and the contemporary national security bureaucracy find their origins in Bundy’s powers as the first National Security Adviser and in the ways in which he and his staff brought about American intervention in Vietnam. Presidents Kennedy and Johnson were not enthusiastic about waging a difficult war in pursuit of murky aims, but the NSC’s bureaucratic dexterity and persuasive influence in the Oval Office skewed the debate in favor of the conflict.

In challenging the prevailing view of Bundy as a loyal but quietly doubting warrior, Preston also revises our understanding of what it meant—and means—to be a hawk or a dove. The War Council is an illuminating and compelling story with two inseparable themes: the acquisition and consolidation of power, and how that power is exercised.