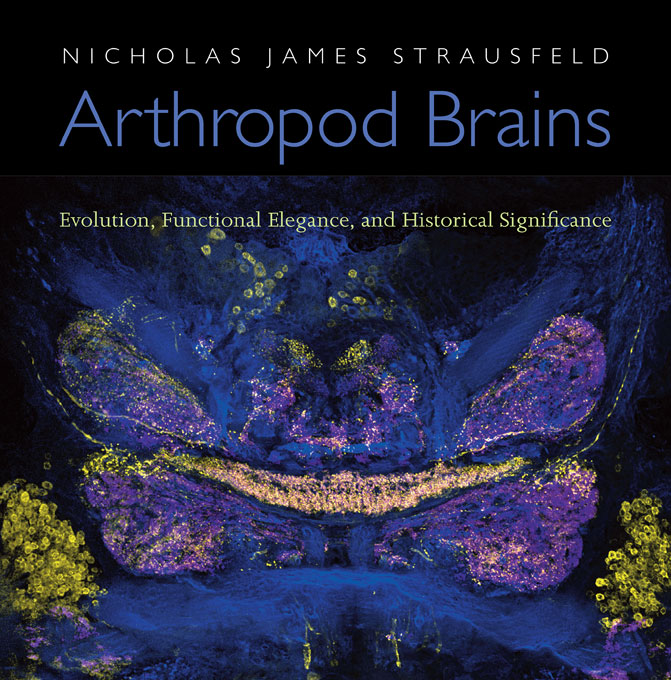 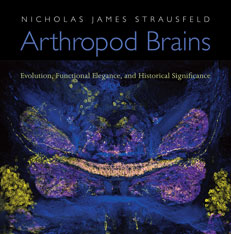 In The Descent of Man, Charles Darwin proposed that an ant’s brain, no larger than a pin’s head, must be sophisticated to accomplish all that it does. Yet today many people still find it surprising that insects and other arthropods show behaviors that are much more complex than innate reflexes. They are products of versatile brains which, in a sense, think.

Fascinating in their own right, arthropods provide fundamental insights into how brains process and organize sensory information to produce learning, strategizing, cooperation, and sociality. Nicholas Strausfeld elucidates the evolution of this knowledge, beginning with nineteenth-century debates about how similar arthropod brains were to vertebrate brains. This exchange, he shows, had a profound and far-reaching impact on attitudes toward evolution and animal origins. Many renowned scientists, including Sigmund Freud, cut their professional teeth studying arthropod nervous systems. The greatest neuroanatomist of them all, Santiago Ramón y Cajal—founder of the neuron doctrine—was awed by similarities between insect and mammalian brains.

Writing in a style that will appeal to a broad readership, Strausfeld weaves anatomical observations with evidence from molecular biology, neuroethology, cladistics, and the fossil record to explore the neurobiology of the largest phylum on earth—and one that is crucial to the well-being of our planet. Highly informative and richly illustrated, Arthropod Brains offers an original synthesis drawing on many fields, and a comprehensive reference that will serve biologists for years to come.