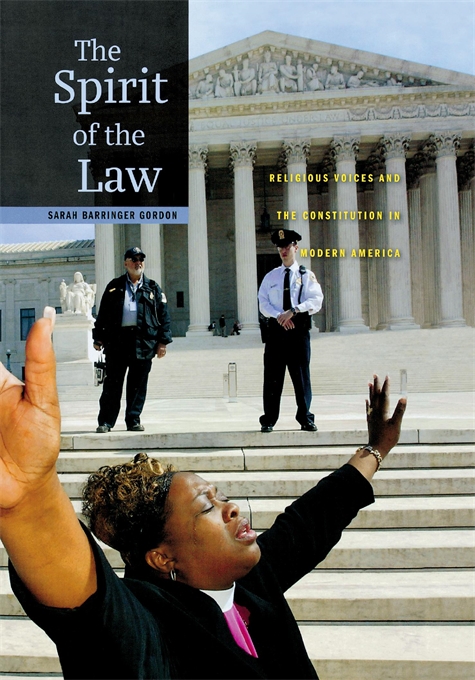 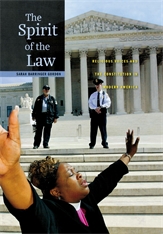 The Spirit of the Law

Religious Voices and the Constitution in Modern America

A new constitutional world burst into American life in the mid-twentieth century. For the first time, the national constitution’s religion clauses were extended by the United States Supreme Court to all state and local governments. As energized religious individuals and groups probed the new boundaries between religion and government and claimed their sacred rights in court, a complex and evolving landscape of religion and law emerged.

Sarah Gordon tells the stories of passionate believers who turned to the law and the courts to facilitate a dazzling diversity of spiritual practice. Legal decisions revealed the exquisite difficulty of gauging where religion ends and government begins. Controversies over school prayer, public funding, religion in prison, same-sex marriage, and secular rituals roiled long-standing assumptions about religion in public life. The range and depth of such conflicts were remarkable—and ubiquitous.

Telling the story from the ground up, Gordon recovers religious practices and traditions that have generated compelling claims while transforming the law of religion. From isolated schoolchildren to outraged housewives and defiant prisoners, believers invoked legal protection while courts struggled to produce stable constitutional standards. In a field dominated by controversy, the vital connection between popular and legal constitutional understandings has sometimes been obscured. The Spirit of the Law explores this tumultuous constitutional world, demonstrating how religion and law have often seemed irreconcilable, even as they became deeply entwined in modern America.