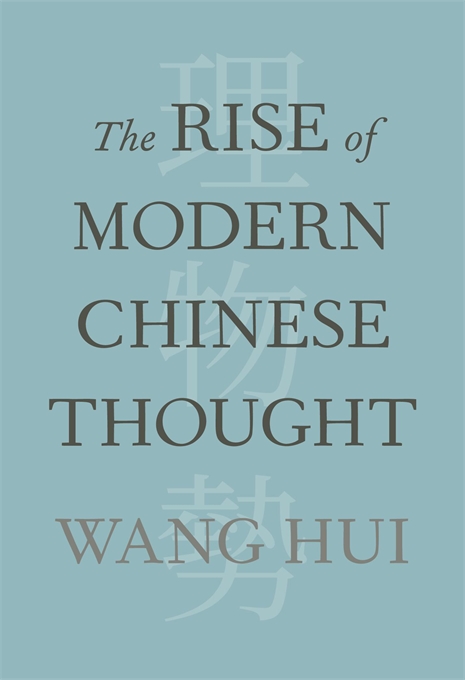 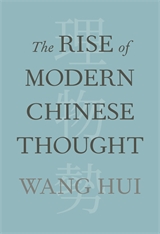 The Rise of Modern Chinese Thought

The definitive history of China’s philosophical confrontation with modernity, available for the first time in English.

What does it mean for China to be modern, or for modernity to be Chinese? How is the notion of historical rupture—a fundamental distinction between tradition and modernity—compatible or not with the history of Chinese thought?

These questions animate The Rise of Modern Chinese Thought, a sprawling intellectual history considered one of the most significant achievements of modern Chinese scholarship, available here in English for the first time. Wang Hui traces the seventh-century origins of three key ideas—“principle” (li), “things” (wu), and “propensity” (shi)—and analyzes their continual evolution up to the beginning of the twentieth century. Confucian scholars grappled with the problem of linking transcendental law to the material world, thought to action—a goal that Wang argues became outdated as China’s socioeconomic conditions were radically transformed during the Song Dynasty. Wang shows how the epistemic shifts of that time period produced a new intellectual framework that has proven both durable and malleable, influencing generations of philosophers and even China’s transformation from empire to nation-state in the early twentieth century. In a new preface, Wang also reflects on responses to his book since its original publication in Chinese.

With theoretical rigor and uncommon insight into the roots of contemporary political commitments, Wang delivers a masterpiece of scholarship that is overdue in translation. Through deep readings of key figures and classical texts, The Rise of Modern Chinese Thought provides an account of Chinese philosophy and history that will transform our understanding of the modern not only in China but around the world.