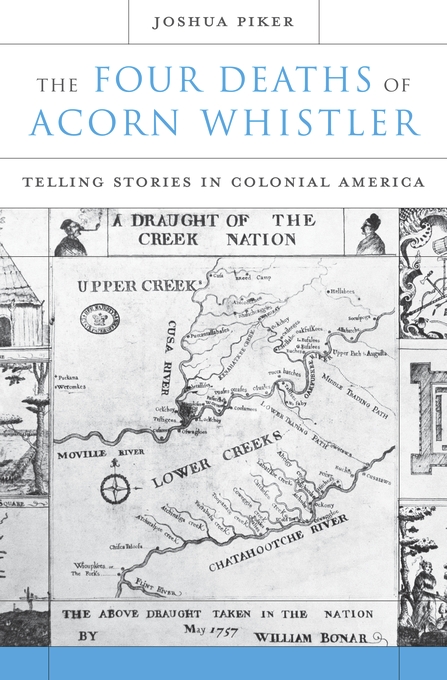 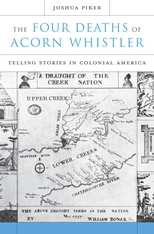 The Four Deaths of Acorn Whistler

Who was Acorn Whistler, and why did he have to die? A deeply researched analysis of a bloody eighteenth-century conflict and its tangled aftermath, The Four Deaths of Acorn Whistler unearths competing accounts of the events surrounding the death of this Creek Indian. Told from the perspectives of a colonial governor, a Creek Nation military leader, local Native Americans, and British colonists, each story speaks to issues that transcend the condemned man’s fate: the collision of European and Native American cultures, the struggle of Indians to preserve traditional ways of life, and tensions within the British Empire as the American Revolution approached.

At the hand of his own nephew, Acorn Whistler was executed in the summer of 1752 for the crime of murdering five Cherokee men. War had just broken out between the Creeks and the Cherokees to the north. To the east, colonists in South Carolina and Georgia watched the growing conflict with alarm, while British imperial officials kept an eye on both the Indians’ war and the volatile politics of the colonists themselves. They all interpreted the single calamitous event of Acorn Whistler’s death through their own uncertainty about the future. Joshua Piker uses their diverging accounts to uncover the larger truth of an early America rife with violence and insecurity but also transformative possibility.