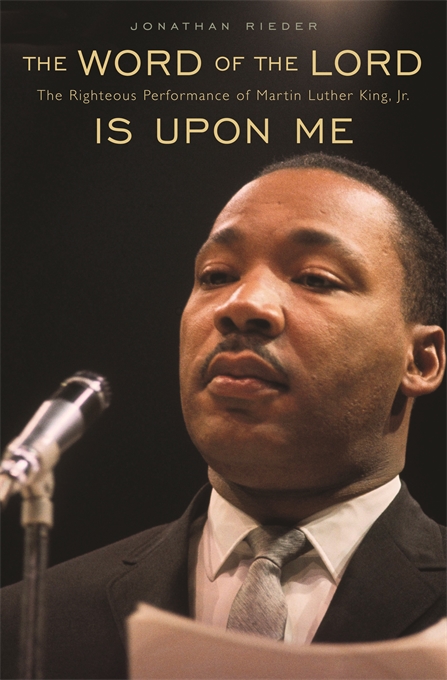 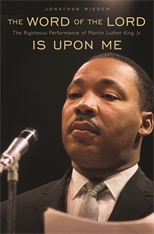 The Word of the Lord Is Upon Me

“You don’t know me,” Martin Luther King, Jr., once declared to those who criticized his denunciation of the Vietnam War, who wanted to confine him to the ghetto of “black” issues. Now, forty years after being felled by an assassin’s bullet, it is still difficult to take the measure of the man: apostle of peace or angry prophet; sublime exponent of a beloved community or fiery Moses leading his people up from bondage; black preacher or translator of blackness to the white world?

This book explores the extraordinary performances through which King played with all of these possibilities, and others too, blending and gliding in and out of idioms and identities. Taking us deep into King’s backstage discussions with colleagues, his preaching to black congregations, his exhortations in mass meetings, and his crossover addresses to whites, Jonathan Rieder tells a powerful story about the tangle of race, talk, and identity in the life of one of America’s greatest moral and political leaders.

A brilliant interpretive endeavor grounded in the sociology of culture, The Word of the Lord Is Upon Me delves into the intricacies of King’s sermons, speeches, storytelling, exhortations, jokes, jeremiads, taunts, repartee, eulogies, confessions, lamentation, and gallows humor, as well as the author’s interviews with members of King’s inner circle. The King who emerges is a distinctively modern figure who, in straddling the boundaries of diverse traditions, ultimately transcended them all.