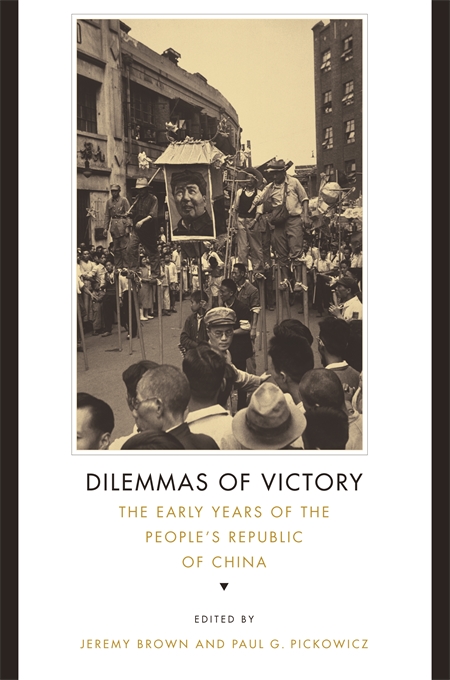 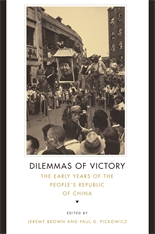 The Early Years of the People's Republic of China

This illuminating work examines the social, cultural, political, and economic dimensions of the Communist takeover of China. Instead of dwelling on elite politics and policy-making processes, Dilemmas of Victory seeks to understand how the 1949–1953 period was experienced by various groups, including industrialists, filmmakers, ethnic minorities, educators, rural midwives, philanthropists, stand-up comics, and scientists.

A stellar group of authors that includes Frederic Wakeman, Elizabeth Perry, Sherman Cochran, Perry Link, Joseph Esherick, and Chen Jian shows that the Communists sometimes achieved a remarkably smooth takeover, yet at other times appeared shockingly incompetent. Shanghai and Beijing experienced it in ways that differed dramatically from Xinjiang, Tibet, and Dalian. Out of necessity, the new regime often showed restraint and flexibility, courting the influential and educated. Furthermore, many policies of the old Nationalist regime were quietly embraced by the new Communist rulers.

Based on previously unseen archival documents as well as oral histories, these lively, readable essays provide the fullest picture to date of the early years of the People’s Republic, which were far more pluralistic, diverse, and hopeful than the Maoist decades that followed.