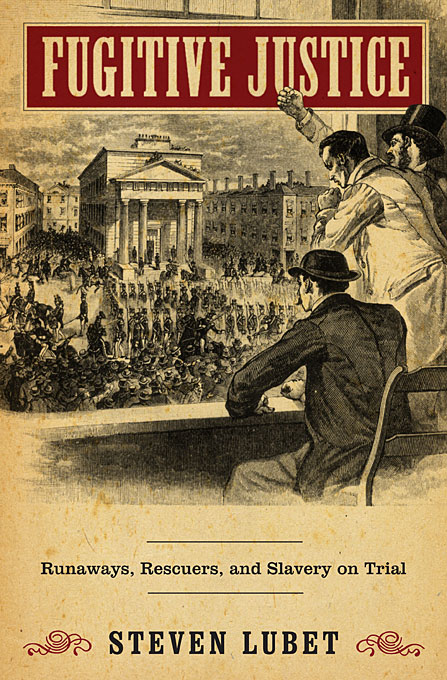 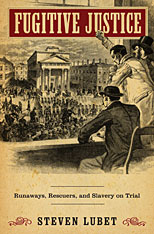 Runaways, Rescuers, and Slavery on Trial

“A stirring account of courtroom collisions at the intersection of law, morality and politics.”—Kirkus Reviews

“An original and compelling account of the fugitive slave question and the antislavery lawyers who pushed the boundaries of advocacy in the name of morally just ends. With his signature style, Lubet reminds us of the strength, but also the limits, of what formal law can do.”—Christopher Alan Bracey, author of Saviors or Sellouts: The Promise and Peril of Black Conservatism, from Booker T. Washington to Condoleezza Rice

“Fugitive Justice is a riveting study of a tragic era in American history when law unmoored from morality and right held sway and the humanity of people treated as property was systematically ignored. Lubet’s brilliant and sensitive work should be read by all who are interested in the development of the American nation.”—Annette Gordon-Reed, author of The Hemingses of Monticello: An American Family

“In this marvelously written and meticulously researched book, Lubet explores the fascinating war-by-proxy over the Fugitive Slave Act, which gave Southerners the right to use hired guns to recapture slaves who had escaped to the North. He brilliantly summons up a time when the last antebellum compromises over slavery were clanking toward their ultimate doom.”—Alex Heard, author of The Eyes of Willie McGee: A Tragedy of Race, Sex, and Secrets in the Jim Crow South

“In the decade before the Civil War, the Fugitive Slave Act radicalized Northerners by placing the law on the side of slave owners seeking to recover their runaways. Lubet’s excellent book skillfully captures the passion of the corrosive courtroom battles that pitted personal conscience against the rule of law and helped persuade North and South that they could no longer dwell together.”—David O. Stewart, author of Impeached: The Trial of President Andrew Johnson and the Fight for Lincoln’s Legacy