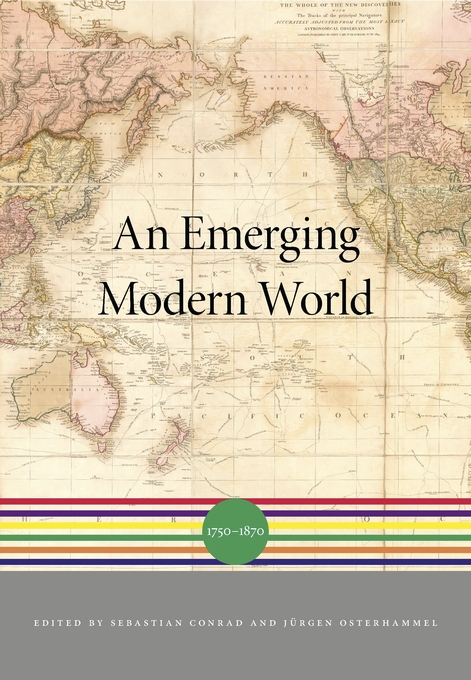 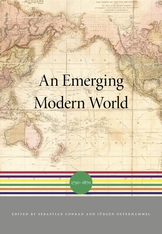 For as long as there have been nations, there has been an “international”—a sphere of cross-border relations. But for most of human history, this space was sparsely occupied. States and regions were connected by long-distance commerce and the spasms of war, yet in their development they remained essentially separate. The century after 1750 marked a major shift. Fleeting connection gave way to durable integration. Culture, politics, and society were increasingly, and indelibly, entangled across continents. An Emerging Modern World charts this transformative period, addressing major questions about the roots of the present from a distinctly global perspective.

Why, for instance, did industrialization begin in England and not in China? Was there early capitalist development outside of the West? Was the Enlightenment exclusively a European event? Led by editors Sebastian Conrad and Jürgen Osterhammel, a distinguished group of historians tackles these issues, along with the roles of nomads and enslaved people in fostering global integration, the development of a bourgeoisie outside Euro-America, Hinduism’s transformation from local practices into a universal system, the invention of pan-Islamic identity, and the causes and effects of the revolution in time regimes. The world appeared to be undergoing such a radical renewal that the impression of an epochal watershed was widespread.

This fourth volume in the six-volume series A History of the World engages the political, economic, social, and intellectual ferment of the eighteenth and nineteenth centuries outside Europe and North America. In doing so, it bears witness to the birth of the modern world.